Former neo-Nazi: You should have a beer with extremists

Neo-Nazi skinhead groups operate like a religious cult, says a former member Christian Picciolini who has launched an exit project for people like himself. 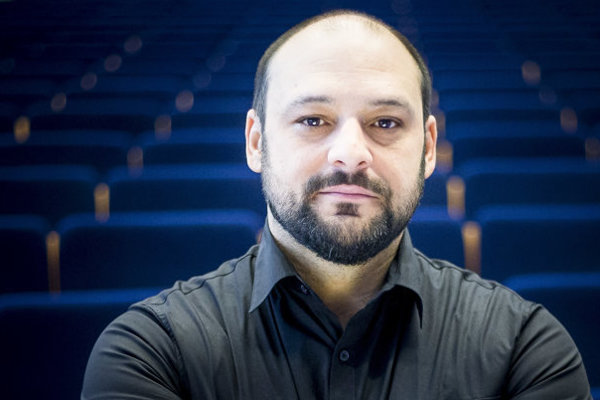 “I don’t have a knuckle,” says Christian Picciolini showing his fists when asked about his violent past. Indeed, there is one knuckle missing on his right hand.

Picciolini joined a neo-Nazi skinhead group when he was 14 years old. At the time, it was rather a gang of fighters than a well-organised and ideologically unified neo-Nazi movement. He soon became one of its key figures forming the character of the group and infecting others with ideas of racism and hatred. Currently, he is travelling around the world and telling people just how wrong he was.

The Slovak Spectator (TSS): You joined skinheads after a bald-headed man approached you and told you to stop smoking a joint. Why was it so appealing?

Christian Picciolini (CP): He was the first adult in my life who said that if I do something like that it would affect my life in a bad way. My parents would say: don’t do that, it’s stupid and what would other people said if they see you. I didn’t care about that. When he told me that if I don’t stop that somebody will control my life, I knew I didn’t want that.

TSS: What about his charisma?

CP: I wanted to be like that man. He was strong, smart, powerful and he was everything I was not. He was very influential on me.

TSS: Does that mean that you joining the group had something to do with racism and politics?

CP: Usually they use softer language when recruiting people. It’s like drugs. When you start doing drugs you take just a little bit of an easy drug and then move to stronger and stronger. They know that they can pull more people with a softer message. When they have them they change the message to clear hate.

TSS: What tricks did they use?

CP: We told them to call media liberal instead of Jewish which makes the language softer. Instead of saying that we have a problem with Mexicans we said that we have an immigration problem and it is affecting the economy. We didn’t want to look extreme at first sight.

TSS: You used music to lure people. Is it the most effective way?

CP: It used to be. Now the internet and fake news are the most influential. It’s cheaper, reaches more people and extremists can just leave messages there which people can find. They don’t have to find them on their own. It’s very dangerous, because there are also a lot of fake news sites and profiles that know where to find vulnerable kids and feed them with this information. Music is less important than it was in the 80s and 90s.

TSS: In Slovakia, extremist bands try to get into the mainstream using language which spreads hatred but in legal way. How should society respond to their music and events?

CP: People should talk about what they don’t think is right even if it is legal. We shouldn’t let it hide because it will grow. We shouldn’t battle it in a violent way either because of the same reason. We have to educate people about why they shouldn’t attend such events and also have a normal conversation with those who already like it. We should show them that we are normal people and they don’t have to fear us.

TSS: Extremists say that their music is not about hate but about spreading the truth. What is your opinion?

CP: I don’t agree with this music because I believe it’s propaganda. They are just smart enough to make it legal.

TSS: From the beginning you analysed your group and saw that you were smarter than most of the skinheads around you. How would you describe those people?

CP: There are a lot of smart people. What they have in common is issues with identity, belonging and sense of purpose. I felt very noble when I was doing these things. People who are attracted to those ideas have always some sort of grievance and anger. Recruiters know how to focus this anger and say: I know that you are angry and it’s their fault. It’s always about blaming others instead of working on yourself.

TSS: Aren’t extremists just a stupid part of the society which you can do nothing with?

CP: They are not stupid. Certainly, there are many uneducated individuals but there are also very smart people. As you can see there are smart people able to get elected to parliament and have bad intentions. It’s not about intelligence it’s about selfishness, power and fear of losing that power.

TSS: Why it was so hard for you to leave?

CP: Even after I lost the ideology, it was hard to abandon the identity which I created and was important to a lot of people that were my friends. I didn’t have anything else. I had to start over again like I was 14 years old.

TSS: People who are leaving religious cults have similar problems. Are there any parallels?

CP: Yes, it’s very much like a cult. That is also why I started the Exit programme.

TSS: How has your Exit project for people leaving extremists groups been going?

CP: Experiences have been very positive. In the US we reached 50 people just in the first year. We also recognised that in countries like Slovakia similar programmes are missing, therefore, we found great partners with whom we could launch Exit Slovensko.

TSS: What is the strategy of this programme?

CP: We give people a safe place to talk. They can reach us confidentially and if they want to leave we help them. We work with people to build up their self-confidence and provide them with tools such as job training, education, tattoo removal, therapy, and mentorship. We never battle with their ideologies, because we know that pushes them farther away. Instead we listen and they tell us the clues on why they adopted racism. It's usually a crutch to blame other people for their own problems. Once we help people feel more whole, the ideology usually disappears. We partner with many organisations who volunteer their help in making the services happen.

TSS: What is your success rate?

Read also: Analyst: Society has the tools to prevent the worst from happening Read more

TSS: Why did you decide to launch a Slovak version of the project?

CP: Exit Slovensko became an idea after the first time I was in Bratislava and Banská Bystrica and people contacted me after my lectures that shared the same story as me. They wanted to help because they knew how important such a programme could be.

TSS: You ended with racism because of meeting people from minorities and you lost your hatred because of family and children you loved. Is this the most common reason why people leave such groups?

CP: There are different reasons. Some of them, they meet people who they reconciled with. Some people did not want to change but their family contacted us. Others just saw through the lies of extremists or are very tired of the hatred.

TSS: Some people say that we should not sit and have a beer with extremists because they may be aggressive individuals who were attacking people on the streets 20 years ago. Why do you promote connection and mutual understanding?

CP: Because it can happen again and they will beat people up on the streets. If you don’t start to reach people, the problem will start to grow. I treat extremism like polio. If somebody is sick with racism I do intervention and I have that beer with them. But I also know that there a lot of people who could get sick so we do prevention with young people.

TSS: We should meet with an aggressive person behind one table?

CP: If you sit with a neo-Nazi you will find out that you have a lot of in common, not ideologically but on the human level. If you connect with somebody on the human level its easier to understand each other and maybe convince them that their ideology is not a good one. Isolation makes people more afraid of what they don’t understand.

TSS: Should this approach also be applied to mass media? Should we invite extremists to our shows? You describe in your book how Oprah Winfrey invited Neo-Nazi skinheads on her show, it did not go well and she was called a monkey.

CP: I don’t believe in giving them a platform where they can talk about their ideas. It makes them relevant and normal. I believe in free speech but it doesn’t mean we have to give them a platform. What you mentioned happened in the very early stages of Oprah’s career and I think she wouldn’t do that now. Interestingly, she had the same skinheads on her show 20 years later and they had changed. She talked with them about that and they were very ashamed.

TSS: How do you perceive the increase of extremism in the western world?

CP: I am scared because it represents everything I am against. America was from the beginning built by immigrants. The best import we have ever had is immigrants. It scares me that we are changing our values like democracy and diversity. In Europe it is scary too because we see that history is repeating itself. Countries are isolating themselves and far-right parties are entering parliaments wanting to exclude everybody who they think doesn’t belong in their country. 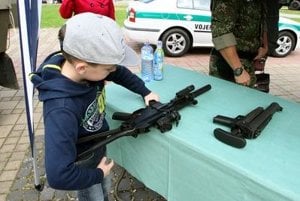 TSS: Should Slovak society be scared of unofficial paramilitary groups which train with weapons and describe themselves as patriots?

CP: There is a difference between patriotism and nationalism. Patriotism means that people are patriotic to their country and all people who live in it. Nationalism tells people that they should isolate themselves from others, close their borders and make their own country. I don’t personally know the people you are talking about, but if they want to isolate themselves from the rest of Europe then it is a problem.

TSS: Some see these trends as an uprising of white men who has been ignored by authorities. What do you think about that?

CP: They fear that they will lose the power. In the past, white men had all the power and now when somebody is slightly threatening this structure of power they say: what about me? White men still control the western world and it is time for people to understand that women are equal and minorities should have the same opportunities and a few people cannot control the lives of many.