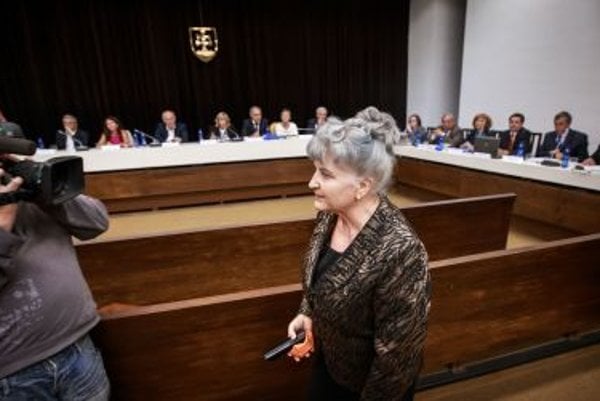 The disciplinary proceeding where it is to be decided whether Harabin will be suspended to a lower court has been postponed from February 10 indefinitely, the Sme daily wrote. One of the members of the panel to decide on him will be on a foreign business trip at that time. This member replaces another one – due to a decision from January 30, and he has also asked for some time to study the case more minutely, according to the SITA newswire. The new date will be set in coordination with the members of the panel.

Harabin faces five disciplinary motions and in two cases he may even lose the position of a judge. Four were filed by chairperson of the Supreme Court Daniela Švecová and one by Judicial Council chairperson Jana Bajánková. None of them has been concluded yet.

On February 10, the disciplinary panel was supposed to handle the motion of Švecová from November 2015 to punish Harabin for not summoning – without a justifiable reason – a session of the college to adopt a unifying stance on police inspection, as the opinions on them are differing among individual panels. In this case, Švecová proposed to punish Harabin by moving him to a lower level court and cutting his salary by 50 percent.

The amendment to the act on judges and assessors has now included the notion that the Judicial Council will oversee the continuity of the disciplinary proceedings against judges. This move stems from widespread procrastination in the decision-making of disciplinary panels. Justice Minister Lucia Žitňanská believes – according to SITA – that this step will help to make their functioning more effective; and if not, she is ready to re-open the issue.