Police president: By signing the document I took a personal stance 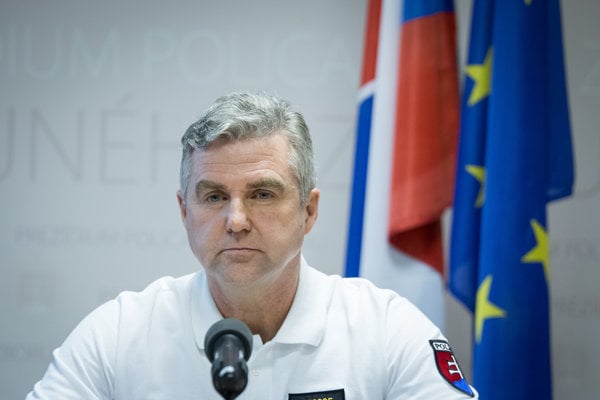 By putting his signature under a statement of the NEF Economic Club, Police Corps president Tibor Gašpar wanted to draw attention to the current issue of migration. Gašpar explained at a press conference on February 6.

"The signature is mine," said Gašpar as cited by the TASR newswire. "It's a signature by which I expressed my personal stance on a certain topic, in line with human and civic rights."

Gašpar rejects the notion that this could be perceived as a political move and pointed out that he has never been a member of any political party or a supporter.

In its statement the NEF presented a basic set of measures against economic migrants, recommending that the government should compile statistics concerning their numbers and structure, introduce a range of rules related to the issuing of work permits for migrants and the acquisition of citizenship in individual EU-member countries, keep track of the money flow abroad to the migrants' families and seek financial compensation from economic migrants for the cost of language education and other necessary training provided in the host country.

The President's Office criticised the document, claiming that it was "full of dubious conspiracy statements and disinformation". President Andrej Kiska called last week on Gašpar to explain why he had signed this document.

"We wanted to draw attention to an issue that is absolutely topical and to provoke a nationwide discussion. It seems that we've managed this," said Gašpar as cited by the TASR newswire, adding that it is inappropriate to call the NEF a conspiracy association, as a number of distinguished figures from Slovak public and economic life have lectured at its events since 1993. "I reject any stereotyping vis-a-vis conspiracy theories or disinformation", he added for TASR.

Gašpar specified that the document speaks, for example, about the measures adopted by the Austrian Government. He said that the security situation in Vienna is bad when migrants have committed more than 22,000 criminal offences here.

"This is 70 kilometres from Bratislava," said Gašpar. "If the Austrian police begin to implement effective measures, they will push the perpetrators of these crimes to the closest periphery and that could be large cities such as Brno [the Czech Republic], Bratislava and Budapest [Hungary]."

Gašpar added that the Slovak police are busy on a daily basis with measures that the police must pass in order to prevent the security infrastructure from being eroded, particularly in the city of Bratislava. 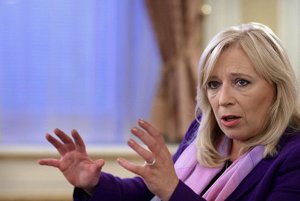 The NEF, in the document, suggests that the Slovak government statistically monitors the structure and number of migrants, follow finances which go abroad to a migrant’s family, in the education field demand costs on language and other preparations for the labour force amongst other things.

In response to the document, Slovak ex-PM Iveta Radičová returned the award Zlatý biatec which the NEF granted her in 2012.