Domica Cave in the district Rožňava opened for the public in the beginning of February as the first of six caves in the Košický region. 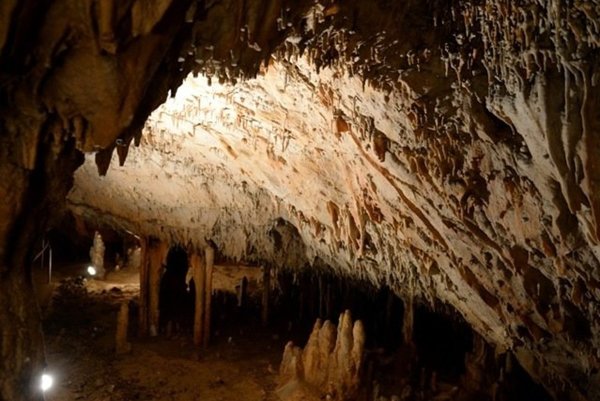 “The cave was open till the end of the year as the only one of the Slovak Karst caves; others have already looked back to evaluate the season. At the same time there is only one that opened in early February,“ said Viktor Wurm from the regional organization Košice Region Tourism for the TASR newswire.

The Domica Cave is located near the Hungarian border, 80 kilometres from Košice and it is on the World Heritage UNESCO list.

“Domica is the longest cave of the National Park Slovak Karst and it’s known for several unique objects. In Domica and Čertova Diera, which together with the Hungarian cave Baradla form one complex, live 16 species of bats,” explained Wurm for TASR.

In 1982, the famous fairytale Soľ nad Zlato was filmed there and before that the cave had been a refuge for Neolithic inhabitants of eastern Slovakia.

“Archaeological finds proved their presence, even the bones of a cave bear were found in Domica,” added Wurm for TASR.

The most famous attraction in the cave is the underground river Styx. It is possible to sail on it, however the volume of the river is dependent on the weather, mainly requiring an abundance of rainfall in the winter.