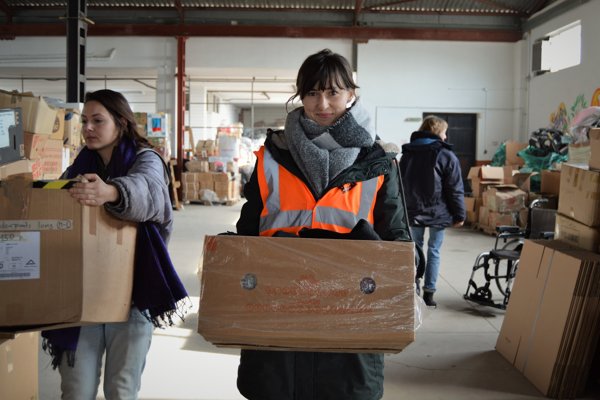 Monika Svetlíková, a coordinator of migrant crisis projects in the NGO, People in Need Slovakia, specialises in migration and often helps out in refugee camps. She describes her recent visit to the Greek island of Lesbos, where the situation remains critical.

The Slovak Spectator (TSS): Why did you travel particularly to Lesbos?

Monika Svetlíková (MS): The situation is more critical on the island than on the mainland, because of extremely cold weather and also the number of people who are stuck on the island. The situation is more serious there and the needs of many people there remain unsatisfied. Our main base is in Thessaloniki, but we regularly monitor the situation in Greece and we are in contact with our volunteers and other volunteering organisations, so we inform each other when there is a need for help. That is how it was with Lesbos too.

TSS: What does the aid consist of?

MS: We brought non-food aid: winter jackets, warm underwear, socks, winter packages with gloves and hats. Living conditions at the camps are notably worse because of the weather. Volunteers working in camps are trying to ensure higher quality and warmer places to stay. They sent refugees to local hotels and other accommodation, like an old army ship.

TSS: Is the non-food aid from People in Need Slovakia and other organisations enough?

MS: I think when organisations connect their powers it will cover the needs, but of course more could be done. The camps should be insulated, many of the refugees still live in camps. However, the small children or elderly people are located in isoboxes in the camps. But in general, across Greece, people live in tents, regardless if they are young or old.

TSS: How many refugees are at Lesbos now?

TSS: How has the situation changed since 2015?

MS: The situation is still critical, but maybe now from another point of view. Even one year ago, there was a large number of refugees coming to the islands, hundreds every day. The island has to bear those people, but also the enormous number of volunteers, who were coming to help the refugees. Since January 2017, about 1,200 people sailed to Greek islands, last year at the same time it was 60,000, so the difference is enormous. At the time, the situation was critical due to the large number of people coming every day and the question of how to provide them with first aid. Now the situation is critical because there are still too many people with regard to the size of the island and the capacity of refugee camps. Some of the people have been there for several months already, awaiting their destiny. They have been there for a long time and so there is some frustration and tension. On Lesbos, in the biggest camp Moria, minor disturbances occur regularly, like protests and strikes.

TSS: How do the locals perceive the situation with refugees?

MS: Locals’ attitude to migrants is slowly turning towards the negative because migrants have been there for a long time and there seems to be no progress. People are tired and disappointed about the fact that the situation is not changing. The life of the locals also changed, tourism is disturbed. Some people are annoyed by their situation and also with the poor life of migrants and they don’t like the fact that the negative atmosphere is often connected with their homeland and hometowns.

TSS: What are the next steps to take, once the cold weather ends?

MS: In the case of Moria, the biggest camp in Lesbos, there are attempts to lower the number of people in the camps because there are different groups of people, different nations and naturally, in these conditions conflicts occur. Moreover, the work on asylum requests are ongoing, but slowly. In a particular phase of the request, people are able move to continent.

TSS: How do refugees react to new volunteers in the camps?

MS: Those who have been in one place for a long time and keep seeing the same faces around them every day are happy when someone new comes. They automatically come to greet and talk to us. Usually these dialogues are about everyday things and questions, not about war, but sometimes it comes to those stories. For me, these are precious moments when meeting the people in the camps. That was the reason why I joined People in Need Slovakia. It was one year ago, after I worked at the Serbian-Croatian border.

TSS: Have you ever met with unpleasant comments on your job from your surroundings?

MS: I’ve never experienced attacks or any comments. Questions, sometimes even reproachful, are more frequent. But I am glad when people ask questions, because it means they are really interested in the answer. People are curious about my personal experience. We also lead educational discussions as an organisation at schools around Slovakia. The kids were also curious, they wanted to know from my personal experience how the refugees are. But there are also negative attitudes against refugees and the migrant topic in general.

TSS: Why do you think people are feeling negative about it?

MS: Definitely, the problem is fear of the unknown and also because of specific cultural context. Also, Slovak politicians used more aggressive discourse in the election campaign last year which set the course of discussion about refugees. Better education, not only about this case, but generally concerning similar social situations would help to understand people who end up becoming refugees. 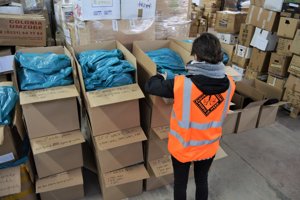 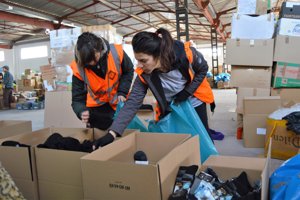 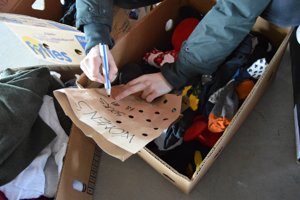 People in Need Slovakia is a non-profit organisation aiming to help people who are in the greatest need. It is a member of the People in Need network operating from Central Europe. Since the start of the migration crisis they have helped on the Balkan route, in Serbia, on the Greek-Macedonian border and since February 2016 they also operate at Lesbos.