The opposition hopes the coalition’s nominee Mária Patakyová will be able to criticise the ruling power. 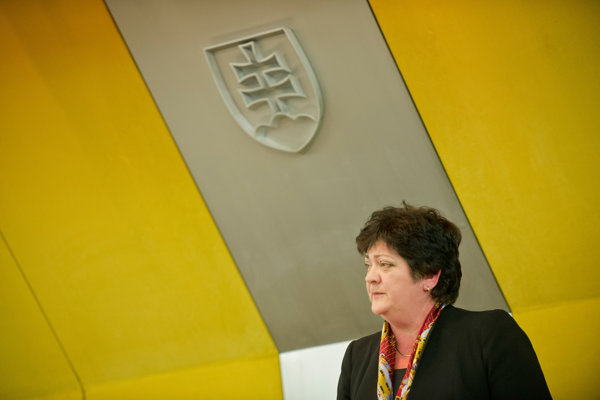 Independence, apolitical approach, impartiality and resolution are the main principles the new ombudswoman wants to follow. In a secret ballot, 75 of 140 MPs present supported coalition candidate Mária Patakyová, the professor of commercial law at Comenius University in Bratislava who was nominated by the coalition parties.

Patakyová will replace Jana Dubovcová, who leaves the post of ombudswoman at the end of March.

After the secret ballot, Patakyová admitted that many reports prepared by Dubovcová were perceived in a political context by the parliament.

“I hope the steering wheel in perception of what an ombudsperson is doing will turn, which means that that he/she does good service for the public administration bodies,” Patakyová said, as quoted by the SITA newswire.

She added she appreciates the work of her predecessor. It will be hard to compare, as “everybody has the ambition to perform in their own way”.

“The police raids are a serious area where freedoms are restricted and it is necessary to devote appropriate attention to this,” Patakyová said, as quoted by SITA, referring to the topics Dubovcová has been dealing with recently. 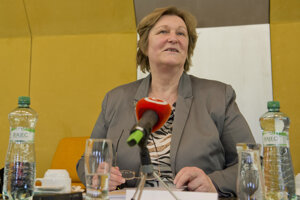 As well as Patakyová, there were two other candidates running for the post: civic activist and psychologist Janka Šípošová, the nominee of the opposition parties Freedom and Solidarity (SaS) and Ordinary People and Independent Personalities (OĽaNO-NOVA), who received 41 votes, and teacher and activist Anton Čulen, the nominee of the far-right People’s Party – Our Slovakia (ĽSNS) of Marian Kotleba and non-affiliated MP Peter Marček, who received only 15 votes.

The opposition parties SaS and OĽaNO-NOVA hope Patakyová will serve as an ombudswoman for everybody.

“I’m looking forward to collaborating with her,” said OĽaNO’s Erika Jurinová, as quoted by the TASR newswire, adding that she will watch whether she is able to stand up to the current ruling power.

Jurinová also pointed to the fact that Patakyová was supported by the opposition deputies.

SaS hopes the new ombudswoman will continue in her predecessor’s work, who has been “exhaustingly pointing to violation of people’s rights by the state”, as reported by TASR.