Head of science academy receives award during US trip. 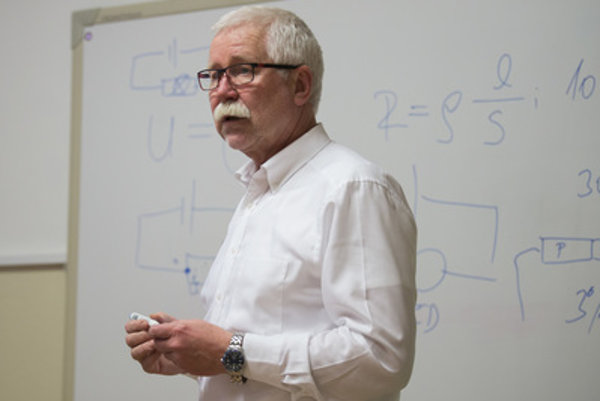 He received the award which had never before been bestowed upon any scientist from central and eastern Europe, in person at Daytona Beach, Florida as part of his working visit to the USA in January, SAV spokeswoman Monika Hucáková told the TASR newswire on February 8.

“Every scientist is pleased when someone recognises his work and it’s not a common thing for a Slovak scientist to be awarded on American soil, so, of course, I’m pleased,” Šajgalík said, adding that the award will encourage him in his further work.

Meanwhile, the SAV head during his working trip to the United states took part in the International Conference on Advanced Ceramics & Composites (ICACC) in Florida, at which he gave a lecture entitled Additive-free Hot-pressed Silicon Carbide Ceramics – a Material with Exceptional Properties.