A business tycoon who was investigated – though not convicted – in a case of fraud concerning acquisition of a vineyard ten years ago will now rent a neighbouring vineyard for a symbolic euro per year. 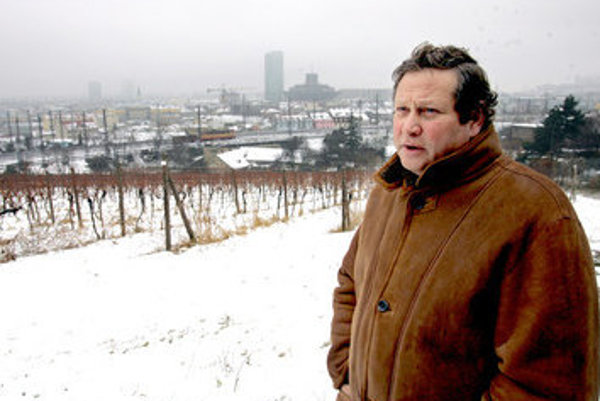 Mayor of Bratislava Ivo Nesrovnal plans to rent a vineyard covering over 9,000 square meters to tycoon Alexander Rozin for 20 years. The price is a symbolical euro per year; but in return, Rozin is to provide the city 10 percent of his crops – the so-called city wine used for symbolic events, the Sme daily wrote on February 9. The vineyard lies in the lucrative neighbourhood of Koliba, the hill over the city.

Nesrovnal prepared the contract without any competition, using a controversial exception defined in the law. Rozin is the CEO of the Incheba fair-ground and general consul of Thailand. Between 2005 and 2009, he was a regional deputy for the ruling Smer party. As he is currently 66 years old, the rental will expire when he is 86.

Rozin argues he has been engaged in wine-making for 15 years but he acquired his vineyard, lying next to the one he is going to rent, being prosecuted for allegedly forging the transfer documents but never convicted. The prosecutor ultimately halted the investigation, Sme wrote.

City councillors have yet to approve the contract. City Council, in which several mayors of Bratislava boroughs as well as city councillors sit, expressed its disagreement, with several of them demanding a competition to find a potential tenant. Nesrovnal, however, insists on his proposal.