Company of ex-SNS head Móric to supply railways with carriages

The company whose carriages were unreliable in the past will supply them, again, to the state-owned railway company. 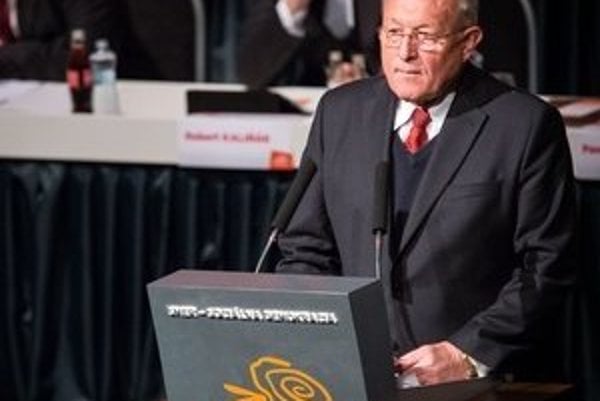 The firm ŽOS Vrútky of former chairman of the Slovak National Party (SNS), Víťazoslav Móric, will supply diesel locomotives with wagons again to the state, after their products proved to be unreliable in the past. However, the flaws were allegedly caused by spare parts delivered by sub-contractors, and they were afterwards corrected, the Sme daily wrote.

The state-run railway company Železničná Spoločnosť Slovensko (ZSSK) announced a train tender to purchase 21 diesel locomotives with carriages for €77 million back in 2015. At that time, Pavol Gábor was at the helm of ZSSK, nominated to the post by then- transport minister Ján Počiatek of Smer. Currently, the state railways fall under the remit of the SNS party, a coalition partner, which has been confirmed also by its chairman, Andrej Danko.

The firm won the tender; the last phase, an electronic auction, was completed only by ŽOS Vrútky. Though originally four companies competed in the tender, they were gradually excluded from it. Several criteria played into the hands of ŽOS Vrútky; e.g. there were extra plus points for competing trains which would be compatible with those delivered by Móric and his ŽOS Vrútky.

The state carrier failed to reveal the price of the new train sets though the order originally amounted to €77 million. ZSSK announced it would inform on the conditions of the deal in March when the competition is ultimately concluded.

There are still two weeks left to appeal but the only firm that could theoretically appeal is ŽOS Vrútky; and it has no reason whatsoever to do so.