This is not the monster you are looking for

Slovaks should know better than to trifle with religious freedoms, given their history of totalitarian regimes that have divided citizens into ‘worse’ and ‘better’ categories based on their religious beliefs. 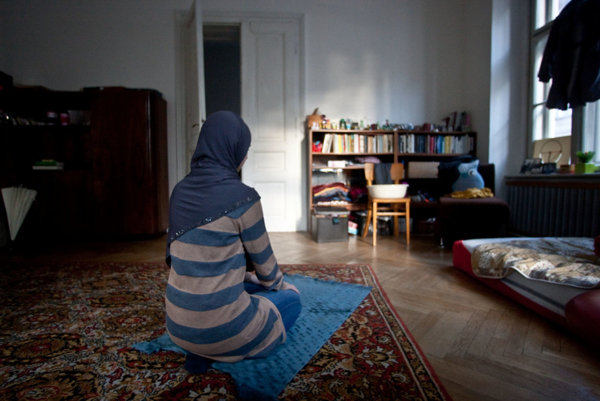 The Church of the Flying Spaghetti Monster, a prank movement, had its moment in the Slovak parliament when MPs debated new rules for the official registration of ‘churches’ (the catch-all term for religious movements in Slovakia).

Slovak National Party (SNS) MP Tibor Bernaťák reached for the Monster in his speech, to argue that the state needs to be stricter when recognising religious movements because, well, one never knows – and after all, the “pastafarians”, as devotees are known, have been registered as a church in several European countries, including Poland. 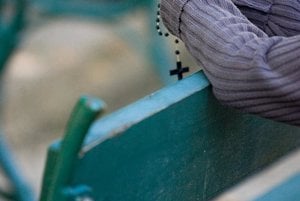 It was not this improbable argument’s first airing. MP Boris Kollár – in some ways the Donald Trump of Slovak politics, albeit with a less preposterous hairdo – told parliament last year that if stricter rules were not imposed he himself would go ahead and register the pastafarians in Slovakia too.

The good news for Kollár is that he will not now have to go to the trouble of avowing his pastafarian faith. The law he demanded is coming into force, after parliament in its February session broke the presidential veto and again approved the change. As of next month, any religious community seeking official registration in Slovakia will need 50,000 adult believers to sign a registration petition. Until now they needed ‘only’ 20,000. This was still pretty strict compared to other European countries – including Poland, where only 100 pastafarians needed to sign a petition to become an official church.

But let us put aside the argument that if someone really wants to prank the Slovak authorities and they were previously determined to get 20,000 signatures, the new target of 50,000 represents merely a bigger challenge, and one they might still achieve.

For serious religious communities, however, it is not so simple.

Because whatever other justification the SNS might offer for their proposal, the fact is that they came up with it in the wake of the migration crisis, and an election campaign that both encouraged, and was nourished by, a fear of Islam.

That same fear has remained present in Slovak society ever since, abused by public figures, and fuelled by the statements of fascist but also mainstream politicians in parliament, and by phenomena like the bewildering debate about a burqa ban floated by SNS leader Andrej Danko after the Berlin attacks in December – even though there are literally zero Slovak citizens wearing burqas.

Anton Hrnko of SNS says that the law will help to prevent Muslim ghettos from emerging in Slovakia, as he asserts they have in Brussels or Paris. He did not explain what connection he believes exists between ghettos and official church registration (or lack thereof).

The Islamic Foundation in Slovakia estimates there are currently some 5,000 Muslims living in the country, so even with the current set-up they would be unlikely to obtain official registration.

But they are aware that the law is aimed at them.

“It is highly unjust when we deprive one group of people of the same right that we grant to another one,” the foundation’s Muhammad Safwan Hasna said, as quoted by the Sme daily. In fact, only four of the 18 currently registered churches would be able easily to satisfy the conditions set out by the new law.

When President Andrej Kiska returned the law on registration of churches to parliament he noted that since 2007, when the number of signatures required was increased to 20,000, no church has been registered in Slovakia, but also argued that the proposal dances on the edge of violating freedom of confession.

Slovaks should know better than to trifle with religious freedoms, given their history of totalitarian regimes that have divided citizens into ‘worse’ and ‘better’ categories based on their religious beliefs. That experience was fairly recent, and many of those who faced persecution because of their faith are still here to tell their stories.

This law brings little actual change in practice, but its symbolism is strong. All those who voted for it gave a silent nod to the dark fears and dirty words about one religion: words of hate are now nothing rare in the Slovak parliament too.