Industrial output up in December

Slovakia’s industrial output went up in December 2016, statistics show, with the energy sector and automotive industry strengthening output, while some other branches weakened it. 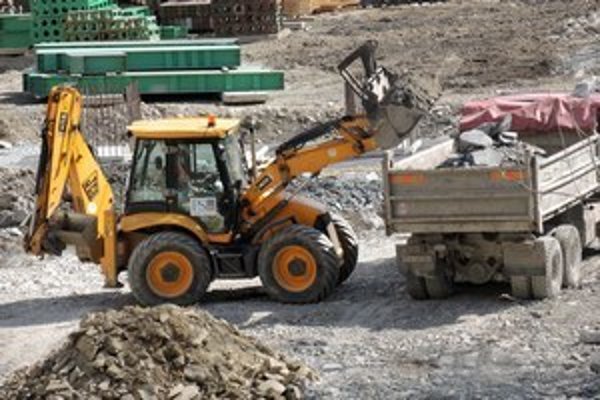 In the last month of 2016, industrial output increased 3 percent year-on-year, the Slovak Statistics Office announced on February 10. This development was influenced by hikes in electricity, gas, steam and air-conditioning supplies of 11.4 percent; in mining and quarrying 7.7 percent; and in manufacturing 1.6 percent, the TASR newswire wrote.

In December, industrial output increased by 0.4 percent month-on-month in December when adjusted for the season. Twelve months into 2016, meanwhile, industrial output rose by 3.3 percent y-o-y, with increases in manufacturing by 3.5 percent and in electricity, gas, steam and air conditioning supplies by 2.9 percent. Conversely, output in mining and quarrying saw a decline of 3.1 percent.

Slovakia’s industry was mainly driven in December 2016 by the energy sector, UniCredit Bank analyst Ľubomír Koršňák commented in a reaction. “Conversely, the processing industry output posted a slight y-o-y decrease, even after the adjustment,” he added. Except for March and July, when the y-o-y growth pace was hit by Easter and summer operational breaks, the processing industry recorded the weakest y-o-y growth rate of the last year in December, the analyst informed.

Weaker December figures were reported chiefly by the Slovak engineering industry. Following a strong November, its output went significantly down in December.

Unlike most other export-oriented industries, the light industry branches grew prevailingly in December, with food production increasing 9.7 percent y-o-y. Only the textile and clothing industry recorded m-o-m decline, with furniture production declining y-o-y due to a strong base effect.

The construction sector declined by the end of the year again – also due to seasonal factors. After a hopeful November, Slovak construction returned to “the free fall”, as Koršňák put it, with construction output declining by 3.2 percent in December (seasonally adjusted). The dynamics of its decline deepened from -11.1 percent to -18.5 percent. However, a colder than usual winter might have also contributed to these figures, and January temperatures are expected to influence these statistics even more, Koršňák wrote.

“The key branch of Slovakia’s economy, the automotive industry, has improved its position compared to a surprisingly weak November and has regained the sceptre as the driving force of the country’s processing industry,” the analyst wrote. “It was responsible for as much as 90 percent of the y-o-y growth of the processing industry and 40 percent of the whole industry,” he concluded.

Output for the chemical, rubber and pharmaceutical industries lagged behind 2015 last year, Tatrabanka analyst Tibor Lörincz informed. “The growth rate in 2016 significantly fell behind the year before. Industrial output for the whole of 2016 grew by 3.3 percent, compared to 7 percent in 2015.”

In 2017 we expect industrial output to grow at a similar rate as to what it did in 2016, Lörincz continued, adding that he sees the main potential problem in the lack of qualified labour that is predicted by several employers.

Koršňák expects Slovak industry to maintain its upward trend in the coming months with the growth pace accelerating towards 5 percent.

The mood in European industry has considerably improved, recovering from the brief Brexit-shock – which should be reflected positively also in the condition of the Slovak industry in the beginning of 2017. Thus, the growing trend in Slovak industry shall be preserved also in the near future, while the dynamic of growth shall speed up towards five percent, Koršňák wrote.