Dispute over ownership continues after 19 years. 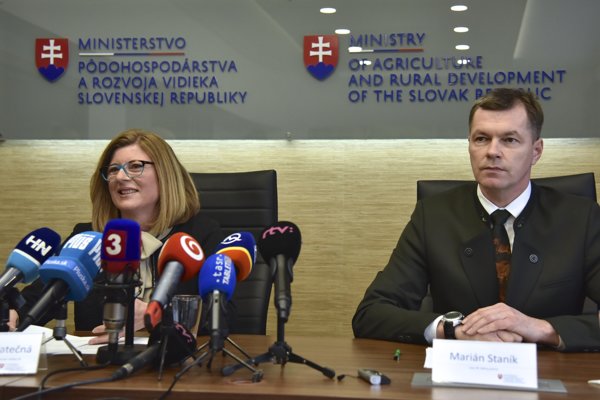 The dispute over the ownership of the Slánske Lesy forests, worth more than €40 million, between the state-run forestry company Lesy SR and a Trebišov-based businessman is still ongoing after nineteen years.

Plots of 6500 hectares and a further 500 hectares of the arable land are currently owned by the state but the people wishing to acquire them and others helping with the dubious transfers have not been brought to justice yet, the Pravda daily reported.

The whole case has returned to the Banská Bystrica Regional Court, following the verdict issued by the senate led by former Supreme Court president Štefan Harabin.

The Agriculture Ministry and the state-run forestry company Lesy SR meanwhile said they will take steps to ensure that the Slánske Lesy forests remain the property of the Slovak Republic, the TASR newswire reported.

All the necessary steps will be taken in connection with the Supreme Court’s verdict in the criminal case involving Milan I., Ferdinand O. and Pavol P. as the accused. Assets worth €100 million are at stake in the Slánske Lesy case, said Agriculture Minister Gabriela Matečná (nominee of the Slovak National Party), who finds any challenge as to the guilt of those who stand accused in the case to be incomprehensible.

“I informed the government on Wednesday (February 8) about the whole situation and about the steps to be taken by the ministry,” Matečná said, as quoted by TASR. “The Slánske Lesy forests are the property of the Slovak Republic and of the citizens of our country. We’ll do our best to keep it like this.”

In order to prevent the accused persons’ potential speculations regarding the case’s reopening and the possibility that Slovakia might lose the Slánske Lesy, the state-run Lesy SR will adopt measures in cooperation with the ministry, the minister claimed. They intend to file, through Justice Minister Lucia Žitňanská (Most-Híd), a special appeal and a complaint at the Constitutional Court, she added.

“Lesy SR, in cooperation with the Agriculture Ministry, will take all necessary actions within a set deadline so that the fraudsters are convicted with the final verdict,” said Marian Staník, head of the state forestry firm, as quoted by TASR. “A failure to find them guilty despite there being plenty of clear evidence might result in the reopening of the lawsuit concerning the Slánske Lesy’s ownership. The regional court is currently bound by the Supreme Court’s final verdict despite its controversial reasoning.”

Matečná explained that the beginning of the Slánske Lesy case dates back to 1998 when 6,500 hectares of forests and about 500 hectares of arable land disappeared from the letter of property ownership of then state-run forestry company Východoslovenské Lesy.

“The file related to the case has over 7,500 pages,” noted Matečná, as quoted by TASR.

The accused Milan I. strove to privatise the Slánske Lesy. The Agriculture Ministry however rejected it. A fabricated scenario later followed involving descendants of nobility who had transferred their alleged ownership of the Slánske Lesy to the accused under very suspicious circumstances, TASR reported.

Matečná added that the Constitutional Court confirmed with its verdict issued in November 2016 that the Slánske Lesy are state property and a criminal prosecution was launched against Milan I., Ferdinand O. and Pavol P. based on the suspicion of fraud.