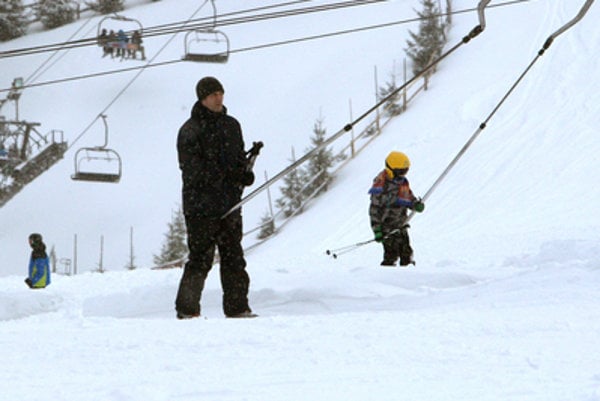 Skiing was the bait to lure doctors to the symposium. (Source: Sme - Ján Krošlák)
Font size:A-|A+

The European Anti-Fraud Office, OLAF, is currently dealing with the international Czech-Slovak-Polish medical symposium held in mid-February in Dolný Kubín. Hornooravská Nemocnica, i.e an Upper-Orava hospital in the town of Trstená hosted the event called Laparoscopic Surgeries of the Digestive Tract. Of the total expense of €20,000, more than €17,000 was financed from the European Union funds.

The administrator of the medical facility, as well as of the fund which financed the symposium, is the Žilina Region and the Governor is Smer deputy chairman Juraj Blanár, the Sme daily wrote.

In the original invitation, organisers lured doctors with accommodation in a ski resort and leisure time activities. However, in mid-January the invitation with this content was withdrawn from the internet. Both the hospital and the Žilina Region claim they do not know anything about the invitation.

OLAF confirmed for a complainant who reported the case last December that it had received the complaint and is investigating the issue to decide whether it amounts to a case. At the beginning of February, OLAF asked him to complete the information concerning the symposium, before February 20. However, the office has not answered Sme whether it is investigating the event in Dolný Kubín.

Organisers of the symposium deny any leisure activities and insist the programme was purely scientific.

This is not the first time that a congress was accompanied by such activities, Sme wrote.