After wrangling within the Slovak cabinet, the transport minister yielded to pressure from the finance minister and changed the project of the northern bypass of the city of Prešov; the state will not spend €900 million as it had originally planned. 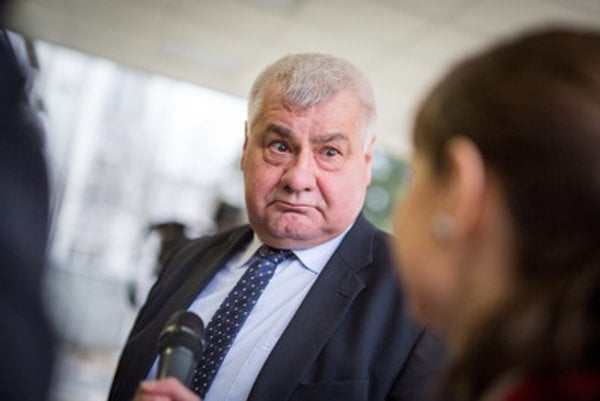 Transport Minster Árpád Érsek (Most-Híd) on February 14 partly yielded to pressure from Finance Minister Peter Kažimír and agreed with him on changes to the project of the Prešov bypass. According to the new plan, the road will have only two lanes. Analysts from the Finance Ministry believe this could save some €200 million, the Sme daily wrote. The second part of the Prešov bypass is the construction of the southwest part.

The Finance Ministry’s Value for Money team recently calculated that as much as €400 million could be saved via a comprehensive approach to addressing the traffic situation in Prešov.

However, the Transport Ministry dismissed this proposal, stating that the preparation work for the city’s bypass is now in its final stages and that changes at this point would cause big delays.

The Finance Ministry’s Financial Policy Institute (IFP) came up with yet another alternative on February 14, a compromise solution via which the city’s northern bypass would follow a modified route and include a tunnel. This would ultimately bring savings of €220 million.

Kažimír stressed that he is not in any personal conflict with Érsek. “It’s about seeking the right solution,” the finance minister said, as quoted by the TASR newswire. “The project drawn up by the Value for Money team doesn’t address the problem of the lowest price. It seeks an optimal solution at the optimal price. If we’re seeking an answer to call an optimal solution, in the given case it should address the traffic situation in Prešov so that Prešov residents will no longer have to put up with traffic jams and so that we’ll be able to resolve this at the most favourable price possible.”

The designers of this construction project produced a plan in the past that was not ideal in terms of reducing pressure on Prešov’s traffic, according to Kažimír. “The whole misunderstanding is based on an old transport survey that references about 50 percent of Prešov’s traffic being transit. A new transport survey speaks about only 25 percent transit. Therefore, the original solution was based on a bypass rather than an inter-urban road within Prešov,” the minister explained.

Érsek informed President Andrej Kiska in a letter on February 15 about steps that are being prepared as part of a solution to the traffic situation in Prešov. He also asked Kiska for a meeting as soon as possible so that he can familiarise him with the results of talks with a contractor.

Because the state has already chosen the winner of the tender for €356 million, it will not change it, Sme wrote.