The man who advised politicians and even presidents Gerald Ford and James Carter died on February 17, aged 83. 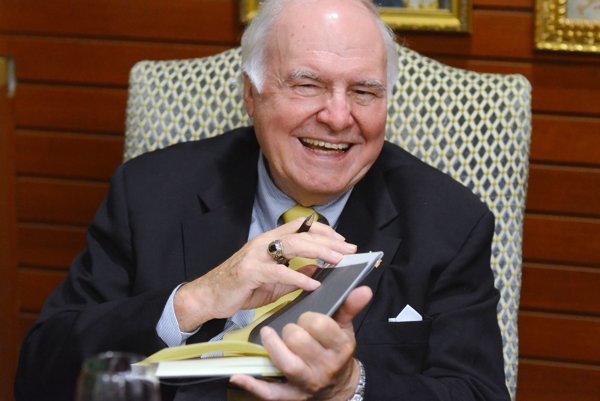 The US philosopher, diplomat and theologian with Slovak roots, Michael Novak, is considered one of the most influential religious thinkers of the 20th century.

Michael Novak was born in 1933 in Johnstown, Pennsylvania, as the oldest of five children of immigrants from the Spiš region of what is now Slovak territory. He lectured and worked at several prestigious universities, and also held important diplomatic positions in international institutions, the Sme daily wrote a day after his death.

His book The Spirit of Democratic Capitalism was secretly published in 1984 in Poland and many experts still consider it one of the works that have changed the world. He received several awards for scientific and publication work, including the Templeton Prize in 1994.

Michael Novak worked for US presidents Gerald Ford and James Carter. Between 1981 and 1982, he led the US delegation at the UN Committee for Human Rights in Geneva, with the statute of an ambassador.

In March 1986, Novak headed the US delegation at the Conference on Security and Cooperation in Europe.

He authored about 25 publications on philosophy and ethics of capitalism. In his works, he pioneered the issues of democracy and its relation towards economy, ethics, belief, and religion.

In 1996, Novak received the top Slovak award bestowed on foreigners, the Order of the White Double-Cross II. Class and in February 1997, he got an honorary doctor’s degree at the University of Economics in Bratislava.