Bratislava city council turns down rental contract with US Embassy

The embassy has progressed in finding a new site for relocation. 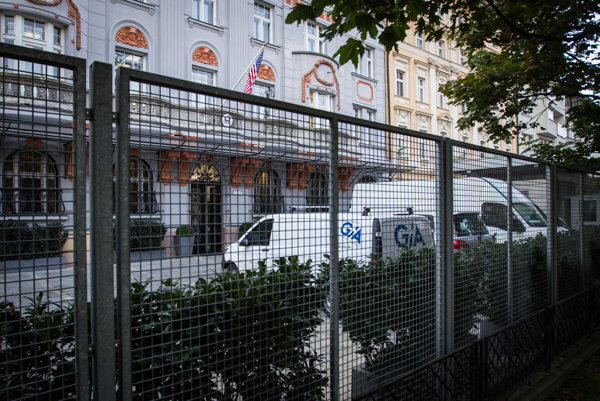 Bratislava will not rent part of the Hviezdoslavovo Square to the US Embassy to Slovakia, councillors of the Bratislava city council decided at their session on February 16. The embassy has been using some 1,300 square metres of land in front of its building since 2005 as a security zone enclosed by a security perimeter fence. This includes steel posts, barrier flower pots and a retractable car barrier.

Bratislava mayor Ivo Nesrovnal stated at the end of the vote that the city will lose the money in question.

“We turned to the Foreign [and European] Affairs Ministry with a question as to what their take was in terms of international legal relations,” said Nesrovnal as cited by the TASR newswire, adding that based on the Vienna Convention, security zones form a part of an embassy also on adjacent lands, without regard to ownership. “The ministry told us that the city, as the land’s owner, will not be able to do anything about that. The only solution is for the embassy to move away from there.”

Nesrovnal added that in the meantime, the city could have at least had an income from the rental until the embassy relocated.

Bratislava Old Town mayor Radoslav Števčík remarked that the embassy failed to prove by February 3 that its security fence is a legal structure, thus prompting the Old Town borough’s construction office to initiate proceedings on ex post facto legalisation, or the removal of the structure. 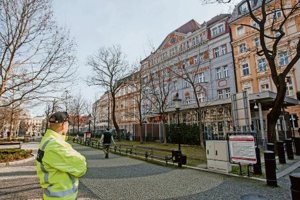 The US Embassy told TASR it is disappointed with the city council’s decision from February 16, pointing out that they led talks on rental with the city in good faith and even agreed to its conditions. The embassy wants to continue to cooperate with the city on solving the issue. It has also declared that progress has been made in its plans to relocate from Hviezdoslavovo Square and that it has already found a suitable alternative premise. The new location is expected to meet all the security requirements. In the meantime it is waiting for its approval by the city council and the foreign ministry.