2016 was a successful year for the EIB Group in Slovakia, said EIB Vice-President Vazil Hudák. 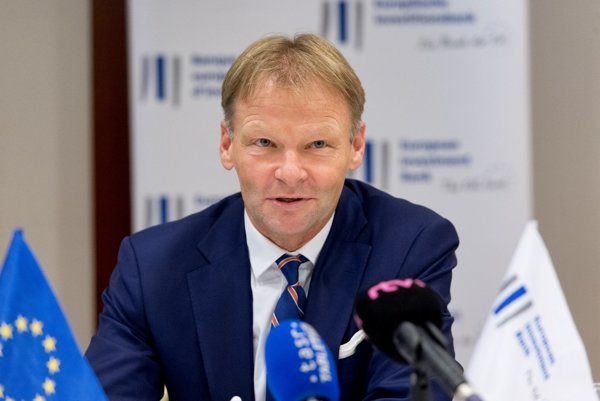 The EIB Group signatures in 2016 represented 1.1 percent of Slovakia’s GDP - placing it in 4th position among EU member states.

EIB Vice-President Vazil Hudák, responsible for the bank’s activities in central European countries, presented the results in Bratislava on February 20.

“2016 was a successful year for the EIB Group in Slovakia,” said Hudák as cited in an EIB press release. “Our support concentrated on priority projects strengthening the competitiveness of Slovakia, contributing to the growth and employment and improving the quality of life of the country’s citizens.”

Hudák added that the EIB will continue to particularly focus on operations increasing the involvement of private capital in Slovakia towards implementing projects linked with a higher risk.

In the area of the strategic infrastructure in 2016 the EIB signed a €427 million financing agreement to support the design and construction of approximately 27 km of the D4 highway around Bratislava. This is the first EIB transaction in Slovakia benefitting from the support of the EU budget guarantee under the European Fund for Strategic Investments (EFSI), the financing component of the Investment Plan for Europe (IPE).

This transaction is unique in three respects: it is by far the largest EFSI project in central and eastern Europe up to the end of 2016, it is a model for combining EFSI support with European Structural and Investment Funds and it is a bold PPP structure, the press release reads.

The EIB loan covers the national co-financing contribution for implementing projects in rural areas across the whole territory of Slovakia. This loan is financing projects with a total value of €1.66 billion. It is focused on saving and creating new job opportunities, particularly in the less developed rural areas of Slovakia facing higher unemployment, mainly in the sectors of agri-food production and processing, forestry, rural tourism and services.

Last year the EU bank granted a loan of €30 million to the Košice Region and €15 million to the city of Prešov to co-finance with EU funds the upgrade of the respective regional and municipal infrastructure.

In 2016, the EIB made available up to €152.5 million worth of new funding to Slovak banks and leasing companies, which will use the EIB funds to finance projects carried out by SMEs and midcaps companies. These credit lines meet the EIB’s priority of supporting Europe’s small businesses and improving their access to medium and long-term funds on advantageous financial terms.

The EIF committed €44 million in four guarantee and one microfinance operations, aimed at raising €174 million.