Behind his decision is disagreement with the stances of party chair Richard Sulík. 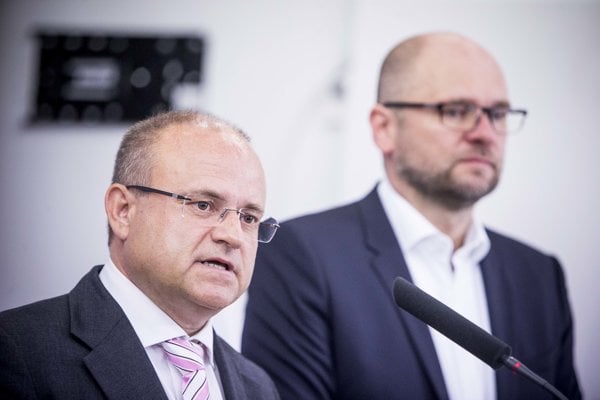 One of the founding members of opposition party Freedom and Solidarity (SaS) and former labour minister Jozef Mihál is leaving the party after eight years.

He is leaving mostly due to the opinions of SaS chairman and MEP Richard Sulík, the TASR newswire reported on February 20.

“Good-bye SaS,” Mihál wrote on his Facebook account. “I’m leaving because of the chairman’s stances. Those who know me are aware of my loyalty and my tolerance for many things for a long time. SaS is ceasing to be the liberal party that I cofounded as one of the four members of the preparatory committee in 2008 and 2009.”

He remains liberal and will continue to support right-wing solutions, he added.

SaS informed earlier that day that Mihál wanted to take a break from politics and to devote his time to his family and teaching.

“We understand his [Mihal’s] decision, because he was under time pressure stemming from his public and party roles and regular training courses on taxes and levies,” SaS spokesperson Katarína Svrčeková wrote in an official statement, as quoted by TASR.

It admitted, however, there are certain discrepancies with Sulík’s attitudes.

“This is closely linked to his health issues and recommendations from doctors to ease off,” Svrčeková added, as quoted by TASR. “Freedom and Solidarity takes this fully on board.”

It will now be up to Mihál whether or not he gives up his seat in the parliament, Svrčeková said.

SaS MP Martin Poliačik told public-service broadcaster RTVS that Mihál’s decision may be considered a warning to Sulík that it is not always the most important to try to win preferences.