Police officers may help in the Mediterranean

Their task will be to check vessels in the sea to curtail human smuggling. 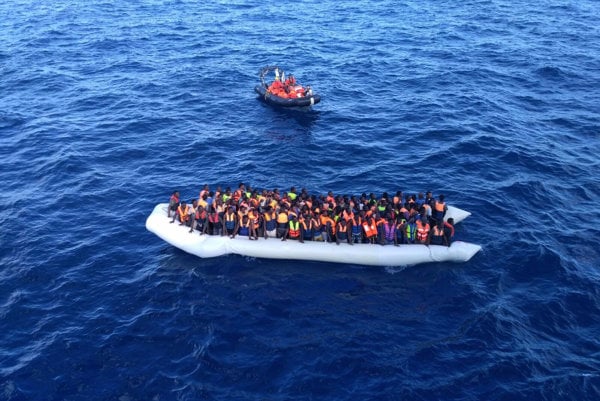 Migration crisis was one of causes for the rise in conspiracies and fake or hybrid news; illustrative stock photo (Source: AP/TASR)
Font size:A-|A+  Comments disabled

Slovak military police officers may attend the EUNAVFOR MED Sophia operation in the Mediterranean Sea as of August. The country plans to send there altogether 10 police officers who should service in two six-month rotations.

This stems from the proposal submitted by the Defence Ministry for interdepartmental review, the TASR newswire reported.

The military police officers are to serve on a German ship as part of an intervention team. Their task will be to check the vessels in the sea, together with other colleagues.

Currently, military police officers are trained in Germany where they are to spend nine weeks in the Exkenford centre. They, among other things, train how to fight in small spaces and learn more about international law provisions, like how to enter a foreign vessel in international waters, TASR wrote.

The European Union launched the EUNAVFOR MED Sophia operation in 2015, with the aim to patrol in the international waters close to the Libyan coast and detain people suspected of smuggling migrants to Europe. The operation should contribute to neutralising established refugee smuggling routes.