It takes nuts to help Kenyans

Slovakia has provided more than €10 million to the Kenyan people since 2005. 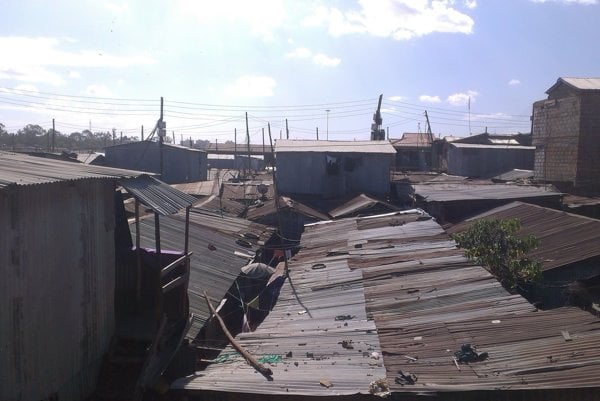 Crossing a small bridge above the Ngong River, separating the part of Mukuru slum in Nairobi, Kenya from the middle-class area of the city, is like entering another world.

Finding an old Kenyan among the 600,000 people living there is uncommon as they often do not live longer than 50 years due to poor conditions, drugs and untreated diseases. 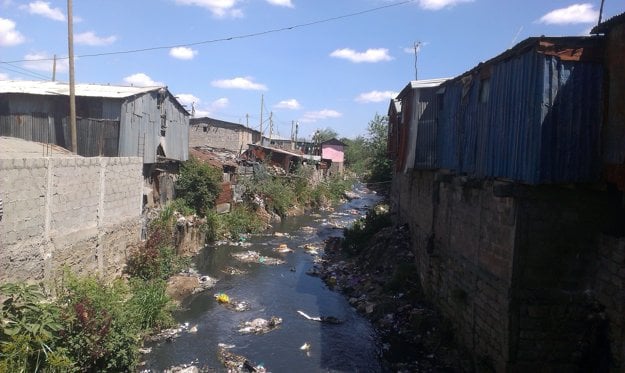 Yet, the Nairobi slum is not a final station for Kenyans as many of them move there from rural areas seeking a better life. They have small businesses there such as shops, hairdressers or even charging stations for mobile phones due to lack of electricity in most houses in the slums. This makes Nairobi slums self-sustaining towns pulsing with their own life.

“Life there is not easy and I desperately wanted to be a successful man,” says 27-year-old Benson Kioko Kiamba who grew up there in a small place with his mother. “I don’t mean wealthy, I just wanted to be successful enough to leave this place.”

However, without external help in the form of proper education, health care or a job it is difficult to move out of such poverty. This is why many non-profit organisations and charities including several Slovak ones help locals to improve their lives. 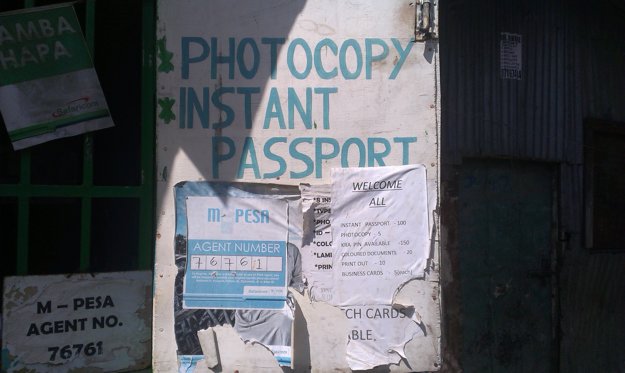 For example, Kiamba gets a scholarship from the Slovak government to study to be a doctor. He stays in Slovakia for four years and after finishing his studies plans go back to Nairobi to help others and get his mother out of the slums.

Slovak organisations have created more than 100 projects in Kenya, with several hundred volunteers working there. They have helped to create several thousand jobs, according to Slovak President Andrej Kiska who paid a visit to Kenya between February 13-16.

“Slovakia is held in high esteem here and has a good reputation,” Kiska told the press pointing out that Slovakia has provided the country with more than €10 million in the past 12 years. 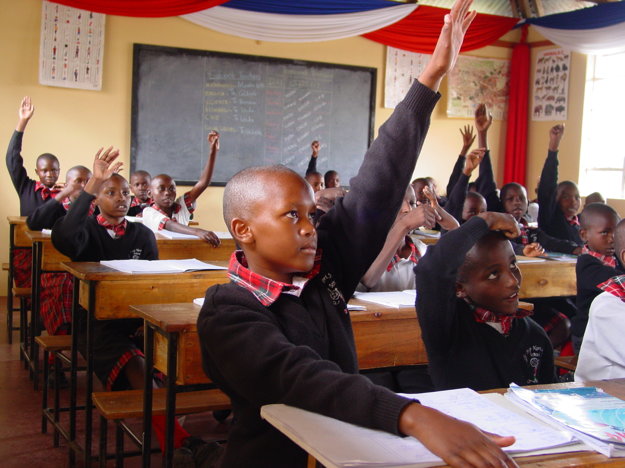 Kenyan Simon Fordi was born in 1983 into an illegal polygamous family. Such relationships became legal in 2014. His father had two wives and Fordi was a child of the younger one. Three years after his birth Fordi’s father died and his mother faced bullying from the first wife.

She was forced to go and left her son in the family. As a son of the younger wife, Fordi also experienced mistreatment particularly from his uncle.

“When I was ten years old I was beaten almost every day,” Fordi told The Slovak Spectator. “When he was beating me he was not using a wooden stick but a metal one.”

Fordi tried to commit suicide by running into the road expecting a car to hit him. Then his cousin took him to a local foster home. 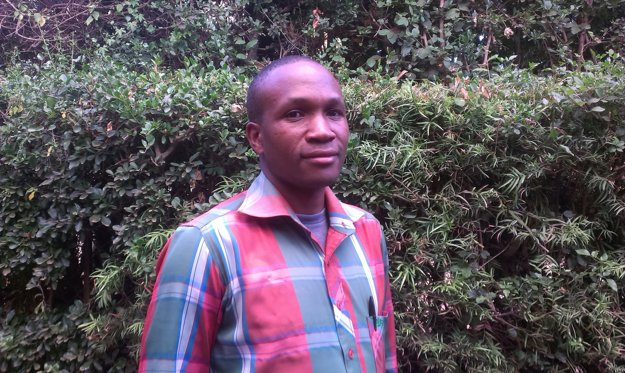 At this point the Slovak Integra Foundation found him and connected him with a Slovak sponsor going under the name Milena who paid for his education, rent payments and so on.

“Simon was among our first children and we are proud of him,” Allan Bussard, chair of The Integra told The Slovak Spectator.

So far Integra has helped more than 1,200 children by such long-distance adoptions.

After his studies Fordi started selling solar lamps to people living in rural areas without electricity. The business was going well until his Chinese supplier disappeared. Then he tried to run his own hairdressers which he had to close after a few months due to low income.

Currently he is married and has a son. He settled into a successful business providing printing and office supplies to the government.

“I’ve never met Milena and never had a chance to shake hands with her but I value her as my own mother,” Fordi said.

Jobs for the poorest

However, NGOs also try to prevent children and families from needing humanitarian help. For example, Ten Senses Company partnering with the Slovak Foreign Ministry developed registered fair-trade groups comprising macadamia and cashew nut farmers in Kenya. The factory processing those nuts gives jobs directly to around 1,000 people and to around 30,000 farmers supplying them.

“I believe that economic opportunities are the basis for everything,” Bussard said. “With a good salary a mother working in our factory can pay for school fees and health care for her children without charity.”

Also Mukuru Promotion Centre seeks the same goal, according to director Marián Čaučík of Dobrá Novina (Good News) Charity Organisation which cooperates with the centre. He points to a small workshop which is part of the centre.

The sounds of banging and sawing can be heard as around ten young men learn how to do basic construction work. It is a valued skill in a city that is constantly constructing new buildings and replacing dirt roads with paved ones.

“I was a child beggar on the street when people of the centre found me,” 23-year-old workshop class teacher Stalis Adera told The Slovak Spectator. “Thanks to them I was able to change my life and find a job at a construction company.”

Similarly, the Slovak Two-Colour World civic association provides women living in Eldoret city’s slum with an educational course teaching them tailoring, hairdressing and computer literacy. When 9-month course ends, volunteers help them to create an individual business plan, supply them with some equipment for their trade and they can launch their own small business. 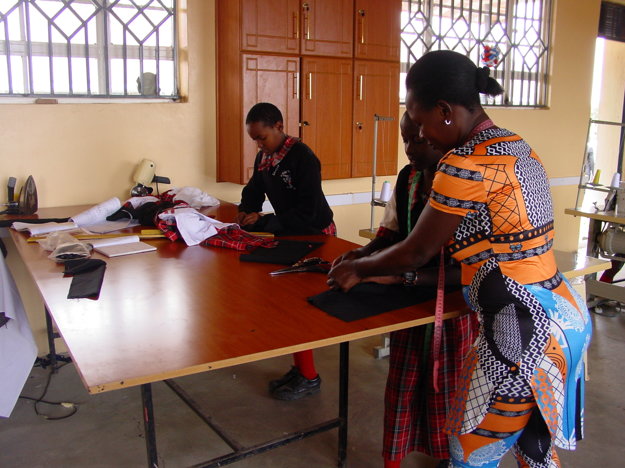 Some of them now make approximately ten dollars per day instead of one, others build brick houses or have become small employers, according to Martina Bencová Utešená, the Two-Colour World Chairwoman.

Kenyans often do not want to leave their country and become economic migrants. Moreover, skillful Kenyans realise that they can more easily find a good job in Kenya than abroad, according to Attila Molnár, Slovak co-owner of the factory processing nuts.

“When we speak about higher managerial positions, they can earn more here in Kenya than in Slovakia,” Molnár told The Slovak Spectator. “On the other hand, some of them are so disappointed by corruption that they would rather leave their country.”

Despite the government’s and third sector’s efforts the slums in Nairobi are growing. When Mary Killeen, an Irish Sister of Mercy came to Nairobi in January 1976 the Mukuru slum consisted of just a few houses. Currently, some of 600,000 people living there are constructing second floors on their small houses.

“Now, a lot of people come to the slums because they live in dry areas where is no food,” Killeen told The Slovak Spectator. “If they don’t come to town, they might starve and die.”

Besides droughts, charities and NGOs also battle wide-spread criminality and corruption. For example, some schools in slums have been completely sacked by locals as well as their own employees.

Moreover, local developers boldly try to obtain land under the slum schools to use it for their housing business, according to Killeen. 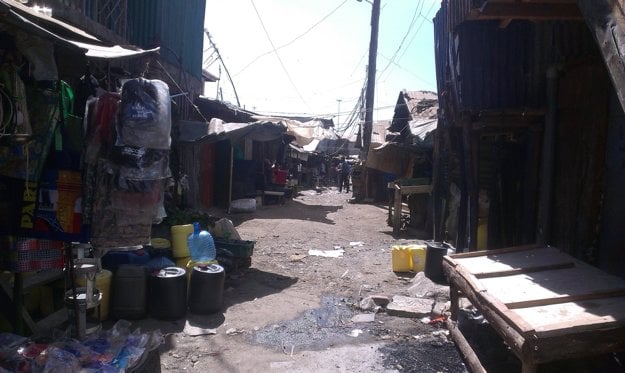 Also the nut factory has been robbed several times and faced exceeding bureaucracy together with corruption, according to Molnár.

“If the strongest people are corrupted, common people have no motivation to change their country,” Bussard said.

Despite everything, people in Kenyan slums have a lot of energy and enthusiasm to improve their lives. Around 60 percent of children that pass secondary education can make it out of them, according to Killeen.

Some of the successful people are even returning to do charity work for people in their former community.

“Those are great stories which motivate us,” Čaučík said.