The recently passed law, clamping down on puppy farms will have serious consequences for honest dog breeders and state employees. 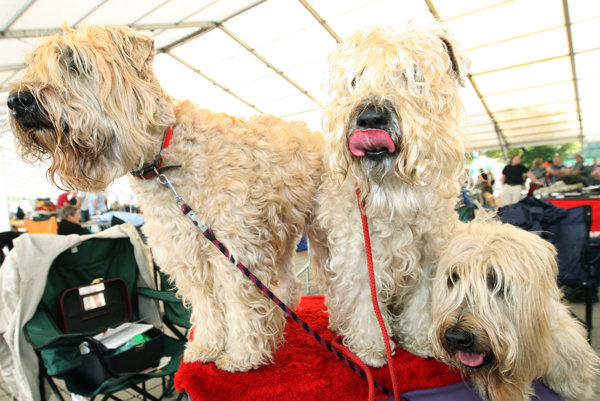 This is the opinion of the Agriculture Ministry, which also adds that the puppy farms producing countless puppies as products will be spared. The ministry reacted on February 17 to the draft bill submitted by the opposition Freedom and Solidarity (SaS) party which was approved by parliament on February 14.

The amendment which will come into effect as of May, seeks to regulate the breeding of dogs when carried out as a business activity and is aimed at those selling puppies for profit. The law involves a serious financial and paperwork burden that honest dog breeders will need to deal with, the ministry opined, as cited by the TASR newswire. It will also do away with breeding dogs for state employees such as rescue workers, firefighters and police officers. In addition, the ministry dislikes what it sees as loopholes that will preclude the authorities from stamping out puppy mills. With that in mind, the ministry is working on comprehensive measures that will be made public by the end of this year, directed at puppy farms. The policies will also involve giving more authority to veterinary inspectors.

Flaws of the bill

“The MPs who submitted the bill certainly meant well, but the actual wording misses the goal,” Agriculture Minister Gabriela Matečná (a Slovak National Party-SNS nominee) said. She also noted that comments from her ministry were not heeded when the law was under consideration. One way or another, she said, the situation is to be addressed by a major shake-up of the Veterinary Care Act that will include measures against puppy mills. This is set to be ready in September.

Matečná is planning to meet representatives of the Slovak Kennel Club, who, she said “were left out by the MPs submitting the bill”. She admitted, though, that supervision of dog breeding is indeed inadequate at present, a state of affairs that she is looking to change and replace with an effective system of oversight and monitoring. Only then, honest dog breeders and their animals can be protected. “We’ll punish puppy farm operators severely,” she summed up.

The SaS’ bill was phrased in a populist and non-expert fashion, Agriculture Ministry’s State Secretary Gabriel Csicsai (Most-Híd nominee) told TASR. He also pointed to a recent phenomenon involving the breeding and sale of puppies, including from Slovakia and Hungary, for the EU’s “old” member states. “This process is lawful and monitored, but this bill precludes it,” said Csicsai.

The bill was only passed thanks to five votes from MPs representing the ruling Smer party. During the parliamentary debate, SaS toned down its original bill via an amending proposal whereby dog breeding will only be subject to regulation if carried out for business purposes. If puppies are simply given away, no such regulation will apply.

The passed amendment also stipulates the duty to establish a licence of self-employment for breeders, to be fulfilled by July 31, 2017. However, Matečná says there is no provision in the current Self-Emyploment Act that would allow stricter punishment for the avoidance of this duty. The definition of a regulated dog breeder, as “made for business”, is toothless, too, according to the minister. If the breeder claims he breeds puppies without doing business or gaining profit, the law on regulated dog breeding will not apply to them.

The breeders themselves have reservations about the law, and one of them, Radek Blažo, has already in a letter, called on President Andrej Kiska not to sign it, the SITA newswire wrote. He dislikes the status of dubious dog reproducers who breed dogs in poor conditions, on a mass scale, without due treatment for the bitch and the puppies. However, according to the amendment, they can be considered “registered kennels”, while the dutiful and respectful breeders face excessive and unnecessary red tape, according to Blažo.

The animal rights organisation Sloboda zvierat also expressed fears that the amendment would enable the mass breeders to claim they breed for free and not for business. The register of breeding animals should be administered by the State Veterinary and Food Administration (ŠVPS), which has legal means to check on the kennels and breeding animals. As things stand, the oversight is the responsibility of the Tax Administration which has no tools to make inspections. Sloboda zvierat (Animal Freedom) opines, according to SITA. This would require cooperation between the Tax Administration and the ŠVPS but it is not clear how this would be done.