Trade unions have asked for a higher increase in salaries and are ready to strike.

The negotiations between the representatives of trade unions and management of Žilina-based Kia Motors Slovakia have not resulted in an agreement on salary hikes.

The trade unions even mentioned a deadlock and threatened protest actions and even a strike, the Sme daily reported on its website.

The trade unionists associated in OZ KOVO have asked for increasing wages of some 3,600 permanent manual workers by 10 percent, while the salaries in administration should rise by 7 percent. They also want additional payment for night shifts to increase by €0.26 per hour.

They have met with the carmaker’s management five times, but only one small concession has been made. The company representatives agreed with increasing the additional payment for night shift. On the other hand, it wants to hike the wages only by 3.5 percent (some €34). 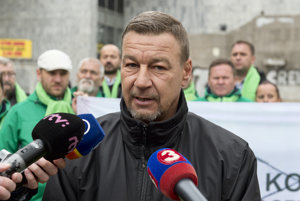 The trade unions disagree with the proposal, however.

“It is time to increase the wages more significantly as the financial condition of Kia Motors Slovakia is excellent and regarding its production, high labour productivity and added value, the company can do it,” said Miroslav Chládek, chair of the trade unions in the carmaker, as quoted by the Sme.sk website.

Employees are overburdened and suffer from health complications, he added, stressing that this is also the reason why they want the wages to increase more than proposed by the management.

The average monthly wage of a production operator in Kia amounted to €1,354 a month last year, including all additional payments and bonuses.

Kia's spokesperson Jozef Bačé said that the management was constructive and responsive during the negotiations.

“The current offer of the company, already in this phase, exceeds the result which was achieved last year during collective negotiations,” Bačé said, as quoted by Sme.sk, adding that production employees may see their wages increase by some €58 in average.

The dispute between the parties will now be decided by an independent mediator. If this plan also fails, the trade unions are ready to announce a strike.