Any changes should be discussed by experts in advance, the ministry says. 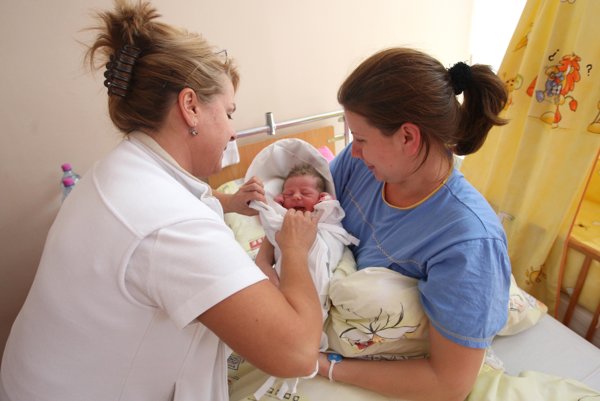 The current system of care for pregnant women and infants is unfavourable, making it impossible for midwives to support the maternal skills of mothers as much as they wish and as required by modern women, said the Slovak Chamber of Nurses and Midwives (SKSaPA) on February 21.

Following talks with the Health Ministry, MEP Jana Žitňanská has said recently that pre- and post-natal care covered from the public health insurance scheme could soon be provided by midwives working in private practice to mothers in their homes. The ministry wants to discuss the issue further, the TASR newswire reported.

“We’re in favour of such a discussion,” said SKSaPA head Iveta Lazorová, as quoted by TASR. “We’re capable of providing much greater assistance to women in their homes before and after giving birth.”

Currently, most midwives end up working in hospitals. Expecting women would appreciate greater assistance from midwives, but many of them can't afford it because health insurance usually doesn't cover such maternity services at home, according to SKSaPA.

Slovakia has around 1,900 midwives at the moment, which is not a high number, said the chamber. However, if all health insurance covered their services in women’s homes, interest in providing this kind of services would be greater, Lazorová said.

She went on to give assurance that midwives do not intend to replace doctors and gynaecologists.

“On the contrary, midwives could help,” Lazorová added, as quoted by TASR. “During their visits to pregnant women and women in the six-week post-natal period, they could identify problems and refer the women to gynaecologists in a timely manner.”

The Health Ministry is working on identifying the range of duties exercised by midwives that would affect the practical requirements for the provision of services by midwives in home environments, said its spokesperson Zuzana Eliášová.

It encourages proposals for enhancing services in home settings, Eliášová said, but added that their actual implementation and the setting of requirements will be pre-conditioned by a discussion involving experts from all relevant fields and by clear-cut rules, as reported by TASR.