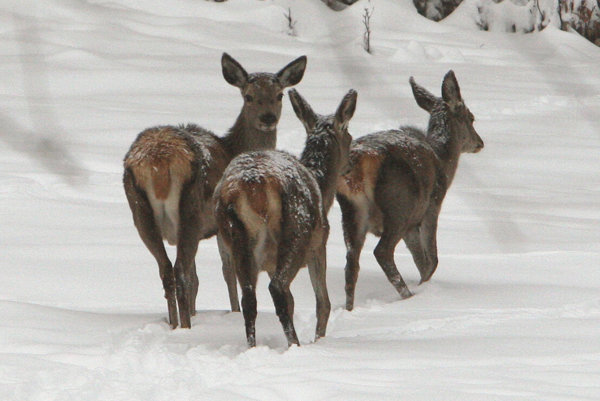 Marek Stolarčík filmed the beauty of the winter Tatras alongside with wild animals. He has been preparing to make this video for a long time. He watched where and when animals are gathering, then he observed how to approach the animals. And finally, he waited for nice weather.

“I was waiting for a long time on that day and when it came, I knew where to go and when,” said the author of the video, as quoted by the Korzár.

The special moment was lasted only a moment.

“The shot was done immediately, there were does, Tatras, everything,” Stolarčík added for Korzár.

This shot will be part of a bigger project. The young film-maker is well-known as an author of the Happy video under the Tatras by Pharell Williams.