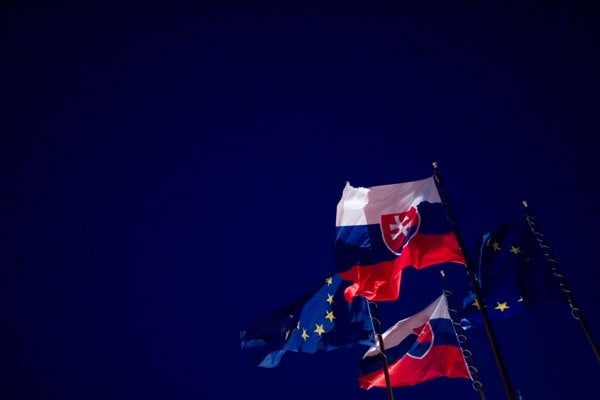 Though the European Commission praised Slovakia for its macroeconomical development, it warns against the flaws in operation of the local public institutions. The growth in economy, employment and state income does not result in an adequate standard of living and quality of public services, according to the Country Report Slovakia 2017 issued on February 22.

The GDP growth in the country was the fifth highest in the EU, while the unemployment rate dropped below the eurozone average and the EC considers the country’s budget to be one of the five best in the whole EU, he added.

“Thus we can talk about the crisis in the past tense,” Chrenek added.

On the other hand, the EC considers the huge regional differences, high long-term unemployment, the quality of education, social exclusion of the Roma communities, and the lower quality of the business environment and public administration to be problematic areas.

“The good economic situation and broad range of financing possibilities, including considerable EU funds, however, creates room for handling them,” Chrenek added.

Corruption is still a problem

Slovakia still lags behind in many areas crucial for the quality of life of people, the report suggests. The country suffers from high long-term unemployment and exclusion of some groups from the labour market, as well as increasing regional differences caused by bad infrastructure, worsening results in education, unfavourable indicators of public health and also long-term problems in public administration that worsen the business environment and create space for corruption.

Public administration is under a considerable political influence.

“Political influence and decentralised recruitment procedures hinder transparency and affect the quality of the service,” the report reads. “The selection and appointment of the chairman and vice-chairmen of various regulatory authorities have at times been influenced by political interests, which may impede the achievement of a high-quality regulatory environment guaranteed by independent and accountable regulators.”

The problem is not the lack of, or inappropriate legislation but its insufficient implementation, for example in the judiciary and corruption. The average length of court proceedings is as much as 1.5 years, while the perception of corruption is the second highest in the whole EU, after Romania, the Trend weekly reported on its website.

As for public procurements, nearly one-third of competitions are attended by only one bidder, according to the report.

Moreover, a lack of transparency and accountability in the police and the public prosecutor’s office may be impeding the fight against corruption. As the chief of police and the police inspection body are appointed and directly responsible to the interior minister, rather than the cabinet as a whole, this may reduce the level of independence of the police force and hinder the investigation of sensitive or high-level corruption cases.

The EC also criticises slow use of EU funds allocated for 2014-2020. Though nearly half of the period has expired, Slovakia has spent only one one-fifth of the sum, Trend reported.

On the other hand, Brussels praises the Value for Money initiative, which should improve government spending efficiency. The savings amounting to nearly €200 million should help improve the condition of local health care too.