New law ambiguous as to who is eligible for their children to go into day care centres, whether private or public. 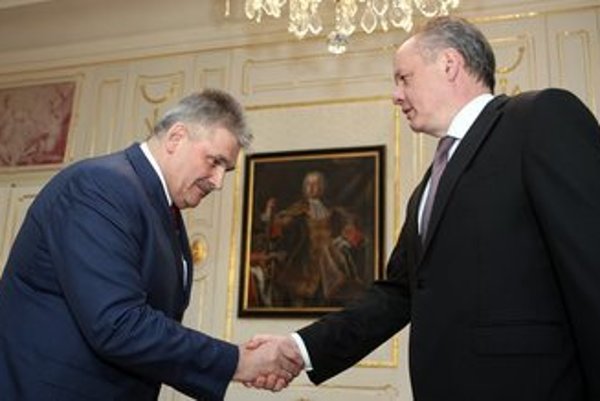 The Labour Ministry will draw up an interpretation to the law on crèches, in order to remove its ambiguities, Slovak President Andrej Kiska told the media after meeting Labour Minister Ján Richter.

Kiska considered the recently adopted amendment on day nurseries, or crèches, inappropriately discriminatory against some groups of parents and children, the Sme daily wrote on February 23. According to the approved law, beneficiaries are to be only those parents or legal representatives who have long-term paid employment or study full-time at a secondary school or university.

“I have understood there are many things not clear which this interpretation will clarify, and I believe I have calmed down the situation,” Kiska commented. “The minister confirmed today [February 22] that an amendment is being prepared which will stipulate, among other things, that in private crèches, children of employed or studying mothers shall be accepted preferentially; but in case capacity is sufficient, other families can also use them,” the president said, as cited by the TASR newswire.

Richter promised that it will be possible to take care of children of working mothers in care facilities, whether private or state.

The Labour Ministry has been preparing a website informing facility operators of their duties stemming from the crèches law, as well as information leaflets. Also, ministry has been working on a extensive law in social services that should solve the financing of these services.

The absolute priority is, and will be, working or studying mothers to be able to give their children to a day care centre; but the option for an operator, whether state, municipal or private, to accept also other mothers’ and parents’ babies to crèches will be not limited in any way, Richter explained.

On February 22 the President also received representatives of private crèches who criticise several changes expected from the passed amendment to the law in social services. They push on the state not to close down already existing crèches, president and founder of the Alliance of Private Crèches and Nursery Schools Lucia Mayorga Gomez told TASR. She warned that the capacity in such centres are still insufficient. Up to 9,000 places in crèches and nursery schools could be closed this year but last year alone, 13,000 children were turned down. Gomez also pointed out that a vision of pre-primary school education of children between 0 and 3 years is non-existent, and a public debate on it should be provoked. Ministries should also improve mutual cooperation, she said.