In shallow waters, experts are expendable

Mihál says that it is Sulík, the man whom his political opponents mocked for having a calculator for a brain, who “is pulling the party out of liberal waters and towards somewhere completely different”. 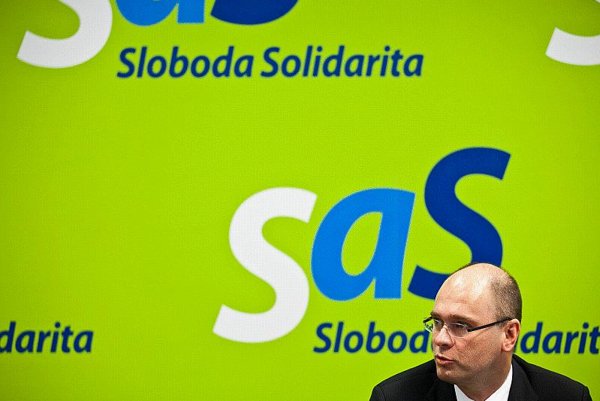 Jozef Mihál, one of the founding members of what is now the largest opposition party, Freedom and Solidarity (SaS), has announced he is leaving it. He has cited health problems as his main reason, but also the fact that he considers himself a liberal and as a result no longer feels comfortable among his SaS peers.

Mihál, who previously served as labour minister, was SaS’ expert on taxes and the labour market. He represents what the party claimed to stand for when it first emerged – a government composed of experts, for whom economic policies would be key. One might or might not agree with that vision, but the fact is that many voters did – and it was the main reason why they originally lent their support to Richard Sulík and the people around him.

Now Mihál says that it is Sulík, the very man whom his political opponents mocked for having a calculator for a brain, or for not being able to understand anything that could not be described with an Excel spreadsheet, who “is pulling the party out of liberal waters and [towards] somewhere completely different”.

Let us add that the waters where Sulík is headed have the unappealing complexion of mud.

He is staking his party of all parties, once the home of Excel nerds and calculators, on the belief that it will be best served by relinquishing facts and figures and turning instead to emotion and instinct. Post-factual times in Slovakia.

Sulík has never been one to indulge in the art of diplomacy, and takes pride in saying out loud whatever he thinks. In a very thorough recent interview about his current opinions and identity with the Denník N daily, Sulík unveiled more of his internal world and agreed that he could now be called a Slovak nationalist. The interview was conducted before, but published after, Mihál announced he was leaving.

“Too many migrants means less freedom for our citizens,” Sulík said in the interview, claiming that this fate is already befalling Germany. Coincidentally, Germany is the country to which he himself migrated and lived with his parents as a child, before returning to Slovakia after 1989.

‘Migrants’ is his immediate answer also when asked about the main threats he perceives currently facing the EU. While he believes that at least half of the EU’s competencies should be returned to the member states, Sulík says it would be a shame if the union broke up. And he has a project to reform it.

The things that Sulík says may well sound appealing to people who did not vote for his SaS, but rather for the anti-system party of Boris Kollár or the fascists of ĽSNS, one year ago. Is he hoping these people will now change their minds and turn from populists and fascists to a “former-European-liberal-now-Slovak-nationalist”?

And what about those who supported the party not because of Sulík’s newly discovered beliefs, but in fact because of its economic programme or the ideas represented by Mihál, Lucia Nicholsonová, or Martin Poliačik? Some supporters of the party have been quick to opine in debates on social networks that Nicholsonová and Poliačik would do best to leave.

That points to a clear schism not only within the party, but also among its voters. There are clearly some among them who would be glad if the occasional (but ever-more frequent) anti-system leanings of the party leader were uninhibited by competing points of view.

We are possibly looking at the end of SaS, and definitely at the end of SaS as we knew it – the party with many drawbacks, but which could at least boast some acknowledged experts in the economic disciplines.

Meanwhile, Sulík tours media outlets talking about how and why he is no longer a European liberal and how he approves of Trump’s proposed wall on the Mexican border, and keeps saying that he is interested only in defending the rights of Slovak citizens. Increasingly, he represents a phenomenon that experts on extremism have been warning about since long before we had even heard of Trump-the-politician, or before Kotleba was elected to the top regional post in Banská Bystrica: that the real danger is when mainstream politicians realise that extremist, anti-system rhetoric works with the electorate, and start abusing it too.