One limiting factor is the lack of money for a more rapid construction of roads. 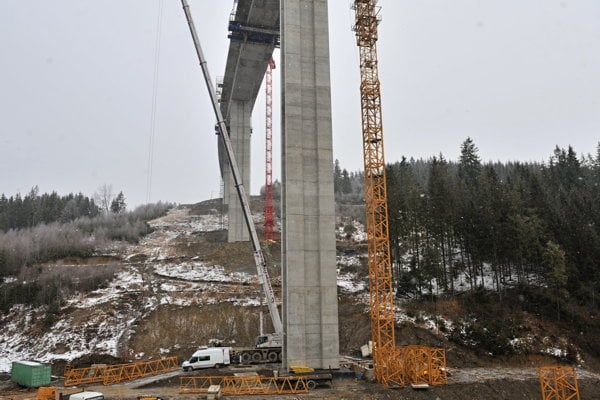 It’s necessary to construct another 1,000 kilometres of highways and dual carriageways in Slovakia, but the proper general concept of construction and funding to achieve this is lacking , construction company Hochtief SK director Miroslav Beka said on TABLET.TV on February 23.

“Nothing can be done if construction work goes on for five years and a two-year break follows,” said Beka as cited by the TASR newswire, adding that the situation of the Slovak market is complicated and it cannot be ruled out that some companies will have to go into bankruptcy.

“We knew that 2016 wouldn’t be ideal, as it was an election year,” said Beka. “Nevertheless, we did not expect that this would also affect 2017. Construction is on a steady decline each month. There’s a famine on the market and if no new tenders are announced, companies will either shut down, or they’ll go into contracts at any cost.”

One limiting factor is the lack of money for the more rapid construction of roads.

“The EU funds for transport infrastructure have almost been exhausted,” said Beka. “We need at least another €5.5 billion, but the state budget isn’t able to cover this.”

Beka sees a solution in relieving the public-debt brake or opting for PPP projects.

“Investors are ready [for PPP projects],” he said. “More demanding construction projects, such as the dual carriageways under [the ski resort] Donovaly (Banská Bystrica Region), the Šoroška tunnel in central-southern Slovakia and the tunnel under the Small Carpathian Mountains near Bratislava, could be solved this way. They’ll cost too much money vis-a-vis the state’s readiness to go into debt, and I believe that PPP projects could work in these cases.” 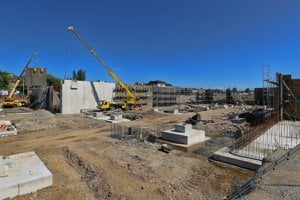 With 700 kilometres of highways and dual carriageways already constructed, another almost 100 kilometres are currently being built. Complaints have emerged concerning the high price per one kilometre of highway compared to other countries, however. According to Beka, the chief problem is the construction of too many motorway exits and the relocation of engineering networks.