Europol estimates that criminals have smuggled around 10,000 Slovak weapons into the EU market. 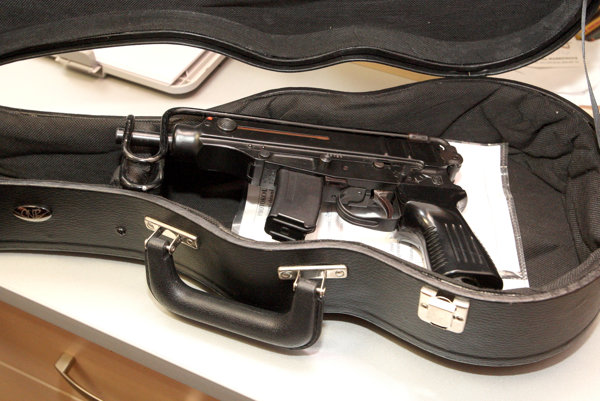 In September 2014, Swedish police in Stockholm detained two drug dealers. Besides 15 kilos of hashish they found gun parts in a plastic bag. It turned out that the parts were from a Glock pistol legally bought in eastern Slovakia.

Further investigation revealed that a 32-year-old man from Sweden visited Slovakia at least once and bought around 230 weapons, Swedish daily Sydsvenskan reported in mid February.

A day earlier Polish police informed the public that it had dismantled a gang that was smuggling hundreds of Slovak weapons through Poland to other parts of Europe.

In Both cases foreigners took advantage of former Slovak legislation allowing foreigners to purchase deactivated weapons in Slovak stores, reactivate them in their homeland and sell again.

“Thanks to his friend from the Czech Republic, he [leader of the Polish group] learned how to reactivate weapons. Slovak legislation allowed people to buy deactivated weapons,” reads the press release of the Polish police.

Swedish and Polish police learned that more than 1700 Slovak weapons were illegally reactivated and smuggled to various countries in Europe.

The Polish gang was composed of 10 people and at least two Dutch people were its members. No Slovak was among them.

Using fake documents they were buying deactivated weapons in Slovakia including scorpions, and transporting them to Poland where they reactivated them.

“Furthermore, they sold them to individual customers in Poland but also in Holland and probably in other countries in the EU,” Agnieszka Hamelusz, spokeswoman for Polish police told The Slovak Spectator. “Criminals smuggled them in cars.”

Police in Poland charged nine people for participating in organised criminal groups and arrested four of them.

They estimate that the members of the gang reactivated some 1,500 weapons and each of them brought a 300 percent profit.

Police officers from Germany, the Netherlands and Slovakia cooperated on the case. 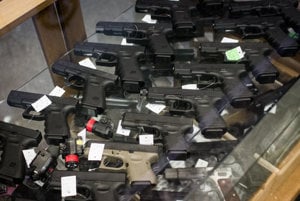 The scorpion model is a light sub-machine gun the size of a pistol, with a short effective range designed for close quarter combat. This is why it is popular among criminals and terrorists.

Aside from those weapons he bought approximately 130 other arms. He removed their serial numbers but Slovak hallmarks remained.

Swedish police refused to comment on the case as the investigation is still ongoing. 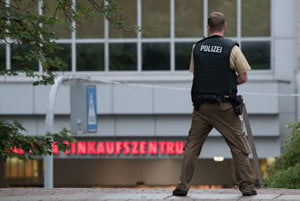 Deactivated or expansion weapons do not use standard ammo but gas or acoustic rounds. They serve as theatre weapons or guns used in races.

The former legislation required producers to deactivate firearms in a way that it would be able to shoot only non-lethal ammunition. Due to such a vague definition producers only installed several pins in the gun barrel.

Moreover, those weapons did not have to be registered by people who bought them, therefore it was difficult to track them.

All has changed since a new law was adopted in 2015 making rules on deactivating guns more strict. Modifying the gun barrel is no longer enough; producers have to make serious alterations in all parts of weapon. For example, they have to make the gun’s mechanism weaker so it will not handle the pressure from a regular bullet.

The government made the legislation stricter after Slovak weapons were found during terrorist attacks on French magazine Charlie Hebdo and a French train in 2015.

Europol estimates that between 2009 and 2014 criminals smuggled around 10,000 Slovak weapons into the EU market, Sydsvenskan reported.