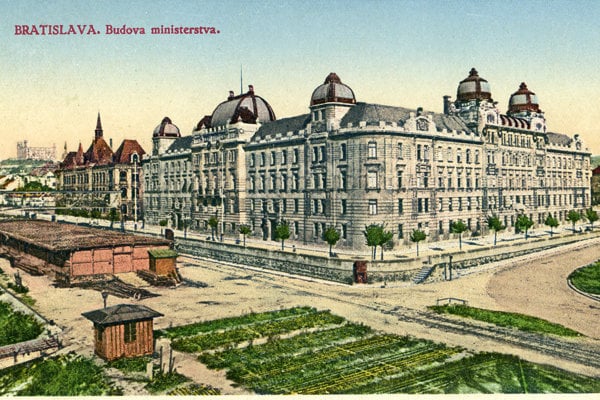 The historical picture of the embankment of the Danube River in Bratislava. (Source: Courtesy of Comenius University)
Font size:A-|A+

The website, www.PamMap.sk, arose as a side product during work on a five-volume history of Bratislava. It is now in trial operation. Apart from Slovak, it is in English, Hungarian and German.

“When working on the fourth and fifth volume we collected a lot of material which we cannot put into the book because of space,” said Šedivý as cited in a press release.

They firstly thought to publish the information on special DVDs. From there it was only a small step to the idea of a website. Compared with DVDs, its advantage is that it is open and can be updated and fed with new information.

Apart from the experts from Comenius University, the Archive of the Monuments Board of the Slovak Republic, the Bratislava City Archive as well as private collectors have been cooperating on the project from its pilot phase.

PamMap should serve the general public particularly but thanks to the participation of historians, preservation experts and others it also has ambitions to be a specialised website for scientific use.

Workers from the above institutions as well as volunteers have so far digitalised more than 100,000 memory units, which will be gradually, depending on financial resources, published on the website.

Šedivý sees the uniqueness of this website from two angles. Firstly in its complexity, where those interested will be able to find everything from a digitalised hand axe to audio memories and videos. The second important innovation is combining three forms of output into one – the website unites a database, an encyclopaedia and an historical atlas of the city.

The ambition of the project’s authors is to get as many information sources involved as possible; for example private collectors often hold unique and so-far unpublished sources of information and memories in their collections.