Ravasz’s predecessor Pollák responded that a solution to the Roma problems is not going to come from this governmental strategy. 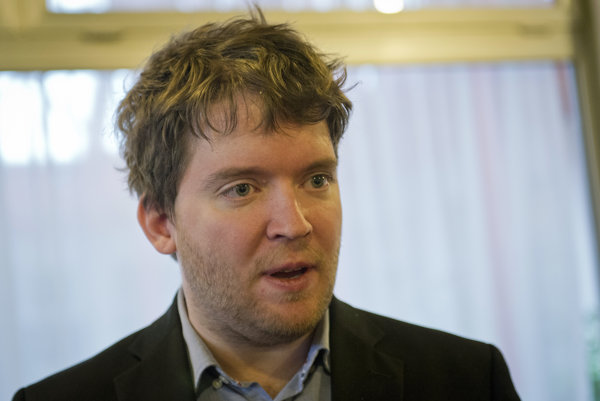 "All the positive steps we take come to naught if we can't sell them to the public, and that's what the action plans are for. Also, it's futile for us to take positive steps when the Roma remain discriminated against either way," said Ravasz, as cited by the TASR newswire.

The proxy listed the new action plans from the Slovak Strategy for Integration of the Roma by 2020, as among the top accomplishments for this agenda. The strategy puts great emphasis on education, for which €170 million out of the overall €380 million project is earmarked.

"Then there's employment, housing, health and also a new addition in the form of an action plan for financial literacy. Future action plans address non-discrimination and public opinion," he said for TASR.

Ravasz also praised the fact that the Local Civic Order Service (MOPS) project, a follow up to the Roma civic patrols, has been revived successfully with a budget of €10 million. MOPS will cooperate with police and assume the role of an intermediary, as some Roma people perceive the police as a repressive force, according to Ravasz.

Ravasz also admitted that there is a problem with on the ground social workers. The government proxy said that according to the current law there is no allowance for people who have done this job for long-time but have no diplomas from the relevant field to allow them to continue in the work. He does not want to send fresh graduates to the settlements but requires experienced people to deal with the often complicated issues.

“We want an amendment. The Labour Ministry has said that it is willing to discuss it but we have not agreed anything yet,” said Ravasz.

Ravasz’s predecessor Peter Pollák (OĽaNO-NOVA) in reaction, stated that the current governmental strategy for a solution to the Roma problems will not reduce them by even a twentieth.

“The government and Ravasz lost a whole year doing nothing with people from the settlements. Even after that time they feel no shame and praise another action plan which is not going to help the problem of the Roma’s settlements,” said Pollák as cited by the SITA newswire.

Pollák pointed out tháat last year there were neither functioning Roma civic patrols nor pre-school education.

“I travel across Slovakia and I talk to the people on the ground," said Pollák. "Their message for ruling politicians is to stop pretending to be saviours and start to solve the situation because it’s unbearable for the Roma people, as well as for the majority,” said Pollák.