Lack of qualified labour needs to be addressed

After visiting carmaker PSA in Trnava, PM Fico says that people do not want to work even for more than €1,300. 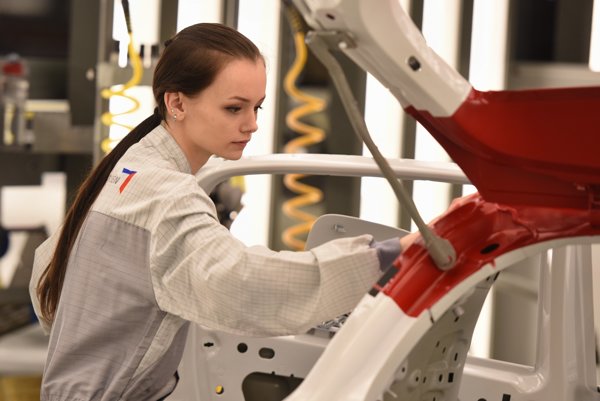 A great challenge for the Slovak government is to tackle the lack of qualified labour in Slovakia, commented Prime Minister Robert Fico after visiting the carmaker PSA Groupe Slovakia in Trnava on February 27. The automotive industry itself is calling for concrete steps to be taken in order to secure the required labour.

The Slovak arm of the French carmaker is one of many companies in the country complaining about the lack of workers. At this time it needs more than 800 people for its new, fourth, shift. However, even though the average gross wage in the plant is €1,370, it has a problem filling vacancies. The average wage in Slovakia is about €900. The unemployment rate in the Trnava region was 4.21 percent in January, the lowest rate out all regions in the country, the SITA newswire recalled.

As PM Fico recalled, the Central Office of Labour, Social Affairs and Family (ÚPSVaR) addressed via its labour offices 6,000 jobseekers across Slovakia. Out of this number only 100 signed a work contract with PSA and some of these have already quit.

PM Fico ascribed the situation in the Slovak labour market as alarming.

“Our philosophy is to use, until the very last moment, the potential that exists among Slovaks,” said Fico as cited by the TASR newswire. In spite of this he does not exclude importing a labour force from abroad.

Fico sees as a solution in a greater support for dual education and especially a change in the society’s climate so that not everyone wants to study political sciences or social work.

Representatives of the Slovak Automotive Industry Association (ZAP) share the opinion that the situation is alarming when their sector alone is currently lacking 14,000 qualified workers. They see a solution in changing the education system. Thus they call on the government and responsible bodies to adopt measures to mitigate the current deficit of qualified workers and setting the education system in order to secure a smooth supply of required labour.

They call for real support for dual education in secondary schools, inter-connection of university education with praxis and a re-assessment of the current model for re-qualification.

“Qualified labour is one of the decisive conditions for sustainable development of the automotive industry in Slovakia,” said Juraj Sinay, head of ZAP, at a press conference on February 27 as cited by TASR. “For the strategic development of the industry it is important not only to speak about this need but also to really start setting the system in the right direction and carrying out concrete measures.”

Sinay recalled that the current scheme for re-qualification is insufficient as it does not generate workers in the required professions. Moreover, secondary schools generate annually 5,000-10,000 less workers than the labour market needs while in the case of university graduates it is 5,000-10,000 more. He added that it is necessary to address the quality of education but as Július Hron, the head of the education commission at ZAP, pointed out, the planned reform of the education system does not speak about inter-connecting education with employers at all.