The SNS chair suffers mostly because of the controversial military promotion and his following actions. 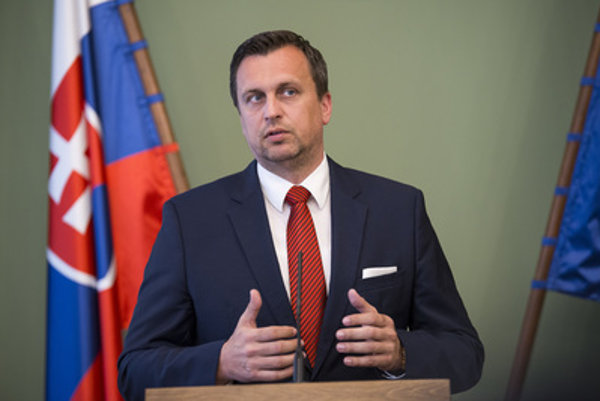 The promotion of Speaker of Parliament and Slovak National Party (SNS) chair Andrej Danko from corporal to captain in reserve and the following defence of this step have significantly impacted the politician’s popularity.

In December 2016, nearly half of the respondents of the Focus poll could imagine him as the new prime minister, while 44 percent were against it, the latest survey carried out for the Sme daily suggests his support fell to 34.2 respondents. Nearly 59 percent of respondents would be against him being appointed a new PM.

“I see as the reason as being the scandal of military ranks and Danko’s subsequent communication which was not very good regarding the management of critical situations,” sociologist Martin Slosiarik, head of Focus, told Sme.

The latest Focus poll suggests that voters cannot agree on any specific candidate for the PM post. Robert Fico (Smer) would be accepted by 34.3 percent of respondents, but as many as 60.6 percent of them would be against him. 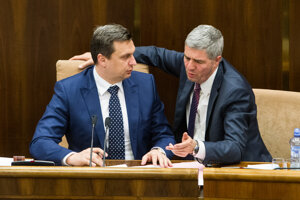 Fico received similar results also in December, but due to the fall of Andrej Danko and slight drop of Freedom and Solidarity (SaS) chair Richard Sulík, he leads the February poll, ahead of Danko.

Sulík is third, winning the support of 33.9 percent of respondents, which is 4 percentage points less than in December. On the other hand, 58.9 percent said they would disagree with him being appointed PM, Sme reported.

Fourth would be Boris Kollár, chair of the opposition We Are Family party, who would be accepted by 30.3 percent of respondents, though 63.5 percent would be against him. Kollár would be supported by a significant portion of voters of the far-right People’s Party – Our Slovakia of Marian Kotleba.

“He earns points by criticising the system and his position of replacing the failing state,” Slosiarik explained, adding that his opinions on Roma and refugees often reflect the majority opinion of society.

Béla Bugár, chair of Most-Híd, would place fifth, being supported by 26.8 percent and opposed by 67.5 percent, followed by Igor Matovič of Ordinary People and Independent Personalities with 26.2 percent support and 68.4 percent of respondents who would disagree with him, Sme wrote. 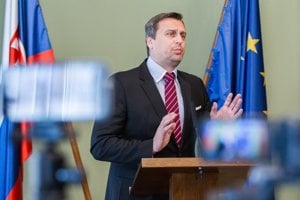 As for Danko’s fall, Slosiarik opines that he lost the most votes from non-voters and undecided voters. It was mostly their votes that won him the first place in the December poll, the sociologist explained.

“However, he fell also in the group of voters of other political parties,” Slosiarik told Sme, adding that he is still supported by voters of his SNS party.

To stop the fall in preferences, Danko would have to find an extremely positive topic that would resonate in the public and cover the scandal over the military ranking. This, however, will not be easy, Slosiarik added.