Another Slovak to be beatified 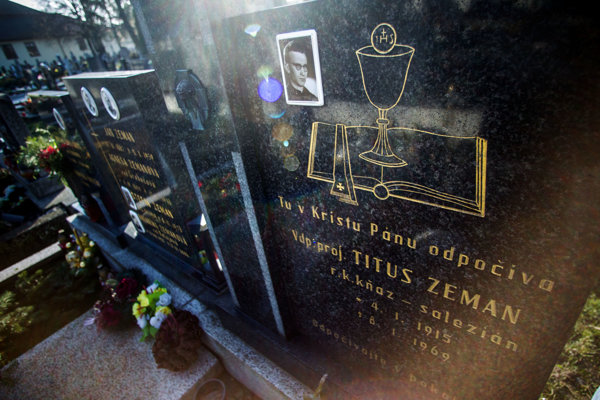 Slovakia will have another blessed figure, as Pope Francis on Monday approved a decree concerning the martyrdom of Slovak Salesian priest Titus Zeman. He died as a consequence of torture and imprisonment by the communist regime on January 8, 1969, the TASR newswire reported.

The decree signed by the pope paves the way for Zeman’s official beatification as the first Roman Catholic priest-martyr from the communist era (1948-89) in present-day Slovakia, noted Rastislav Hamráček, spokesperson for the Salesians of Don Bosco in Slovakia.

“It’s a huge gift for all of us to see our brother raised to the altars, a brother who came from our midst, sacrificed his life and accompanied young friars in their vocation,” said Salesian Slovak provincial Jozef Ižold, as quoted by TASR. “He also represents a multitude of other faithful in our country who were ready to face many risks and sacrifices for their faith and out of love for souls in the communist era.”

The date for Zeman’s beatification has not been set yet, but it is expected that it could take place in Bratislava in the autumn.

“It will make his life story even more appealing,” Zvolenský said, as quoted by TASR, pointing to Zeman as a model of courage in suffering and faithfulness to the Catholic Church.

Born in Bratislava’s Vajnory on January 4, 1915, Zeman became a Salesian priest at the age of 25. He subsequently served as chaplain, school council member and chemistry teacher.

After the communists shut down monasteries in Slovakia on April 13, 1950, Zeman organised three illegal escapes for young Salesian seminarians to Italy in order to allow them to complete their studies and receive priestly ordination. The third escape across a swollen Morava River on April 9, 1951 went awry, however, with Zeman and the escapees captured and interrogated.

Zeman, who was tortured during the investigation, was finally sentenced to 25 years of imprisonment. He was released on parole with poor health after 13 years and died five years later as a result of his torture and imprisonment on January 8, 1969, TASR reported.

The process of Zeman’s beatification, which included the exhumation of his remains, was launched in February 2010, and the so-called diocese phase was concluded in December 2012, before the issue began to be examined by the Vatican.