The country will keep solid GDP growth, with drivers being balanced between domestic and external demand, but some woes should be expected.

The solid growth that Slovakia has been experiencing for the past two years should continue in 2017, at the rate of 3-4 percent in real terms. Growth drivers should be broadly balanced between domestic and external demand.

The automotive industry should remain the key sector, amplified by the Jaguar Land Rover investment in Nitra Region. The Slovak labour market is about to approach a full employment scenario and see growing pressure on wages. This will have a two-sided impact on the economy – supporting private consumption and service sectors on the one hand, but tempering corporate investment because of a prospective lack of skilled labour force on the other. Wage growth also will be boosted by the return of inflation to positive territory.

The Slovak economy grew in the first half of 2016 by 3.6 percent year-on-year, matching the previous year’s growth pace. This was a better than expected outcome, which counted on payback from an EU-funded infrastructure boom and thus some growth moderation. To be sure, payback in public investment after the 2015 frenzy associated with the last-minute utilisation of EU funds from the previous programming period did materialise. Private investment and exports, however, compensated for the predictable EU-funded boom-bust cycle. A major and long-awaited surprise, nonetheless, came from private consumption, which has left a stronger than usual footprint in local retail stores and in the second quarter posted the fastest year-on-year gain in the past seven years.

Indeed, in the past few years, the slow recovery of private consumption has been the weak link of most forecasts, which assumed that participating in the improving labour market would make households not only more able, but also more willing to spend. Instead, households used additional income for savings or investments in housing rather than consumption. The turning point, nonetheless, appears to have finally arrived this year, during which the labour market surpassed several milestones:
1) the number of jobs in the economy rose to an all-time high;
2) the number of jobless declined to pre-crisis levels;
3) the unemployment rate declined below the eurozone’s, for the first time ever. 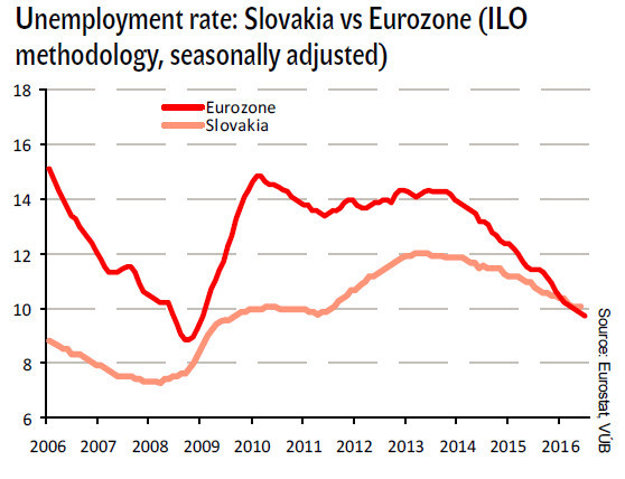 With the ongoing tightening of the labour market, wages began to increase a bit, rising nominally 3 percent over a year ago in the first half of 2016. Their rise, however, would probably have been higher if not for deflation in consumer prices – a phenomenon in the Slovak economy now for the third year.

Indeed, in the mirror image of the slow recovery in private consumption, consumer prices in the past two years have also defied the forecasts predicting a rise. While external costdriven factors (cheap oil, gas, food) and special subsidies (rail fares) are mainly to blame for the prolonged period of the declining consumer price index, domestic demand-driven pressures hitherto have remained surprisingly absent.

In contrast to consumer prices, property prices continue rising. Spurred by historically low interest rates and aggressive mortgage refinancing campaigns by local banks, in mid-2016, demand for residential property pushed prices up at a pace reminiscent of the boom in 2007. While earlier on, property price growth was primarily comprised of flats in Bratislava and bigger towns, by now it has spread across all regions, now encompassing also family houses. Responding to the increased demand for housing, supply has also increased. The number of flats under construction is now the highest since the communist era.

Where we are heading

The Slovak economy should also continue to enjoy strong growth momentum in 2017, with real GDP growth of around 3.5 percent. Both domestic and foreign demand should contribute positively to this development. Regarding foreign demand, however, uncertainty remains. Brexit is of particular importance, especially as it may impact growth of Slovakia’s main trading partners in the eurozone, and their appetite for Slovak exports. For the time being, though, we see this impact as limited and project positive contribution to GDP growth from net exports as Slovak-based companies gain market shares abroad.

Concerning domestic demand, the private sector should be the main growth driver, for example via investments in the automotive and energy sectors. The key is investment by Jaguar Land Rover (JLR), which alone has the potential to boost GDP cumulatively by 2.5 percentage points by 2020. In 2017, the positive contribution of JLR will be delivered through the construction of the factory in Nitra, while the actual production of cars will begin to boost GDP as of 2018.

Meanwhile, the construction sector should continue to benefit from the continuing residential property boom as demand for housing looks set to remain strong – supported by low interest rates and the wide availability of housing loans. At the same time we expect that household consumption will continue to recover along with the further tightening of the labour market, which is about to approach a full employment scenario. 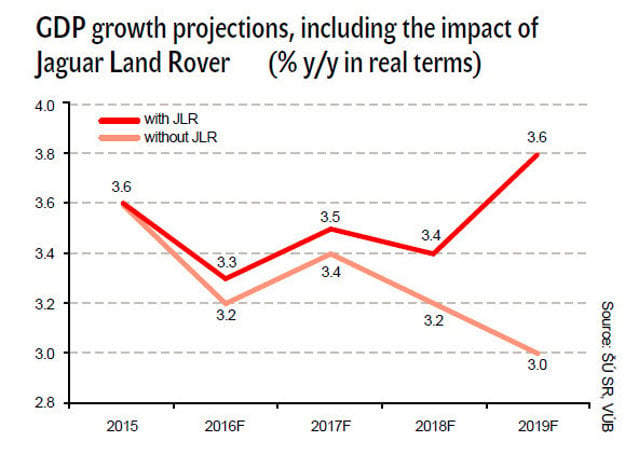 Yet there is a flip side to such a scenario. Already some companies, especially in manufacturing, complain of a lack of available skilled workers. Also in other sectors, for example IT, demand for professionals now exceeds supply, leading to remuneration issues. As the labour market tightens, such issues will become more prevalent, pushing up wage costs for some companies and curtailing expansion plans for others.

Wage growth will potentially be boosted by the return of inflation to positive territory. To be sure, such a scenario has been on the table for the past two years, but has failed to materialise. This time, however, it appears to be different, as global oil prices are no longer falling and the turnaround also manifests in the prices of other global commodities, including food.

On the fiscal front, fast economic growth, growing employment, and more effective tax administration (especially closing the VAT-gap) all deliver a tax bonanza. The state will receive this year €590 million more in tax revenues than it expected a year ago. A positive budget revenue scenario is also in cards for 2017. In fact, the overall public sector is now counting on a tax intake of €2.3 billion (equivalent to 3.6 percent of GDP) higher than the Ministry of Finance had predicted back in 2014. Moreover, on the spending front, the state enjoys the benefits of the decreasing costs of debt service, as interest rates plunge; simultaneously it saves on social insurance costs as the number of unemployed shrinks faster than was foreseen.

Most of this fiscal leeway will be spent. Indeed, the projected public finance deficit in 2017 will increase, not decrease relative to earlier plans. To be sure, the headline deficit is planned to decrease, to 1.3 percent of HDP from 2.1 percent expected in 2016. Earlier plans, however, saw the deficit in 2017 shrink to just 0.5 percent of GDP. Moreover, the decrease in the budget deficit now foreseen in 2017 is mainly delivered at the expense of big companies, for example, in the banking, insurance, and regulated energy sectors, which will pay higher special levies than previously envisaged. 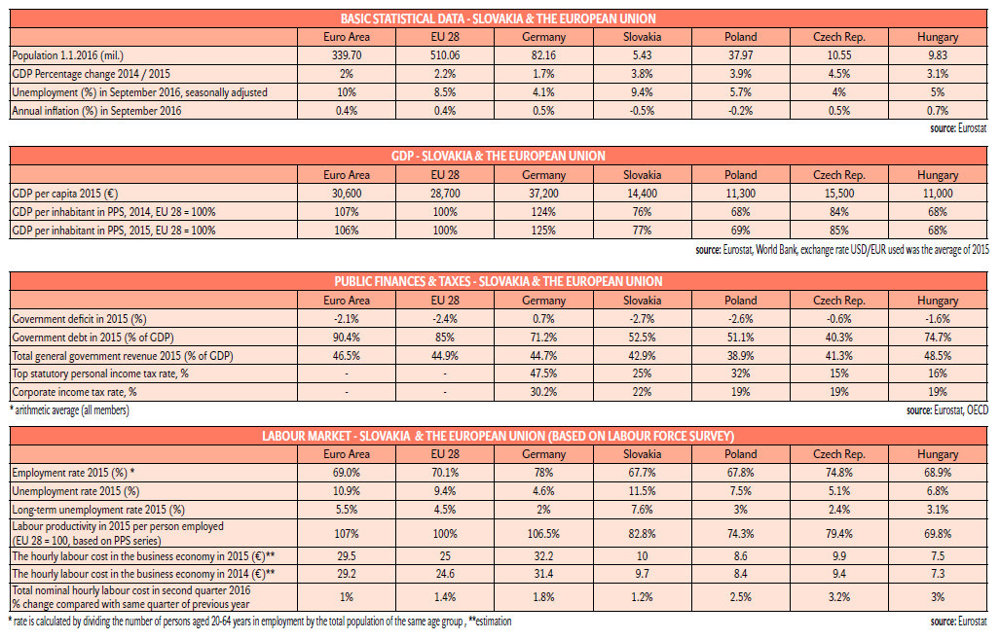