Ancient traditions say that on the night of February 28, the Carnival season – the period of parties, balls and carnivals - ends . 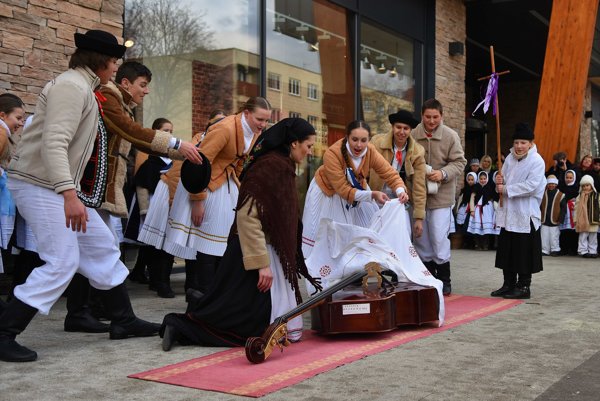 On the Tuesday before Ash Wednesday – March 1 this year – the Fasching, or Carnival season, ends with the ritual “burial” of a double bass, drum, or other musical instrument. This traditions is still observed nowadays in many regions of Slovakia, the TASR newswire wrote on the last day of February.

As Easter is a moveable feast, so is Ash Wednesday, and thus also the last day of Carnival. Easter sometimes falls at the end of March – then the Carnival period is short; other times, it falls at the beginning, mid- or even end of April, depending in the first spring full moon (after the beginning of the astronomic spring).

This year, the Carnival season was quite long, lasting for almost two months. However, in some years, it lasts for merely one month when Ash Wednesday falls on February 5 or 6, and Easter at the end of March.

For Roman-Catholics, Evangelical protestants and other Christian believers, Ash Wednesday marks the beginning of Lent, i.e. a fasting period of 40 days that lasts until Easter Sunday (April 16).

Ash Wednesday reminds believers to keep in mind the importance of penance, deepened faith in God and to love their neighbours.

This Wednesday, March 1, Slovak Cardinal Emeritus, Jozef Tomko, will dust ashes on the head of Pope Francis in the Basilica of St. Sabina on the Aventine Hilll in Rome. According to the ancient Roman tradition, Pope Francis will chair the penitent religious service, the SITA newswire wrote. The penitent procession beginning at 16:30 in the Church of Saint Anselmo, will lead to the Basilica of St. Sabina where the Holy Mass will be served.