The UK will close borders already in March

Restrictions will concern only people who would like to move to the country after March 2017.

The United Kingdom will limit the entry of foreigners to its territory already in March, when parliament will officially approve the start of negotiations on leaving the European Union. This is scheduled to happen on March 15, The Telegraph daily reported.

The decision will concern also Slovaks, but only those who plan to move to the UK after March 2017. This means that EU citizens who come to the UK will not automatically be able to apply for the right of residence, but will have undergo the same process as other non-EU citizens, the Sme daily reported.

The new rules, however, will not impact people who already live and work in the country. They should have the same rights as they have now. May, however, wants other EU countries to secure the same rights for Britons living and working on their territory.

This means that EU citizens currently living in the UK should have the same rights as Britons to receive state benefits, Sme wrote. 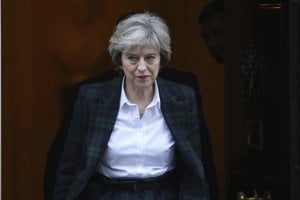 The right of permanent residency in the UK is still secured by European norms. Thus, it is expected that there may be a dispute between the British PM and Brussels, who wants the country to limit freedom of movement only after 2019, when they actually leave the EU.

“We have had some suggestions that that the European Commission might attempt to force us to protect everyone who arrives up to the moment of departure,” a government source told The Telegraph. “We could end up with half of Romania and Bulgaria coming here if we wait that long.”

May said back in January that they want to control how many people arrive in the UK. There is not an exact statistic about how many Slovaks work in the country, but estimates suggest their number amounts to 60,000-90,000, Sme wrote.

Vladimír Baláž from the Slovak Academy of Sciences (SAV) says that with the new rules, the UK does not plan to stop the entry of new migrants, but only give it new rules.

“It is possible that occupations will be a deciding factor,” Baláž told Sme. “I don’t think the country would deport all migrants; someone needs to work in senior houses, for example.”