Selection of judges may change

The changes should improve the current state of the judiciary. 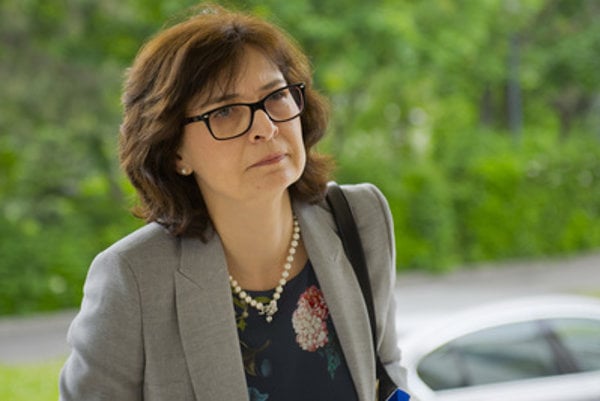 The government has approved the proposed changes to the laws concerning judges at its March 1 session. This will concern the selection of new judges, the evaluation of judges’ work as well as sanctioning their wrongdoings.

The aim of the judicial reform, authored by the Justice Ministry, is to make the judiciary more effective and improve access to justice, the TASR newswire reported.

The ministry also wants to make the arrival of new judges to the courts, which was prolonged by the process of judicial clearances, more flexible. While currently it takes from nine months to one year, if the changes are passed the process should take only two months. Under the new rules, district courts will not pick the new judges. Rather, they will be chosen within a mass selection on a regional level.

This means that there will be mass selection procedures held in all eight regions at least once a month on the same day. Their result will be the list of candidates for the judicial post who will subsequently undergo a clearance process and education.

As soon as the judicial post is emptied or created at the district court, the Judicial Council will pick the candidate who tops the list to fill the place, and submit the nomination to the president, who needs to appoint the new judge, TASR wrote.

The candidate will not be allowed to refuse the work at the less attractive court. If they do so, they will be dropped from the list. Another condition is that they will have to spend at least five years at the court before asking to change jobs.

Justice Minister Lucia Žitňanská (Most-Híd) expects the changes will force the involved parties to plan more, work systematically and foresee how many new judges they will need. She also hopes it will increase the interest in the judicial profession, TASR reported.

The system of selecting judges, however, will remain the same. The ministry also plans to continue publishing documents concerning the process, and also plans to create a database of candidates.

The first mass selection of judicial candidates should take place this year, which means that the new judges may start working at courts in 2018, TASR wrote.

Other areas targeted too

With changes to the evaluation of the quality of judges’ work, the ministry wants to stop the current practice of judges assessing their own colleagues in five-year intervals, alongside their own work.

Thus, Žitňanská proposes to make the evaluation more professional. There should be three-member committees composed of judges who will deal only with evaluating the work of other judges. The committee will check the work of a judge from different regions, TASR wrote.

Moreover, all evaluations will be made public. Three subsequent negative evaluations of one judge will end his or her judicial career.

If passed in parliament, the changes may become effective as of July 2017.