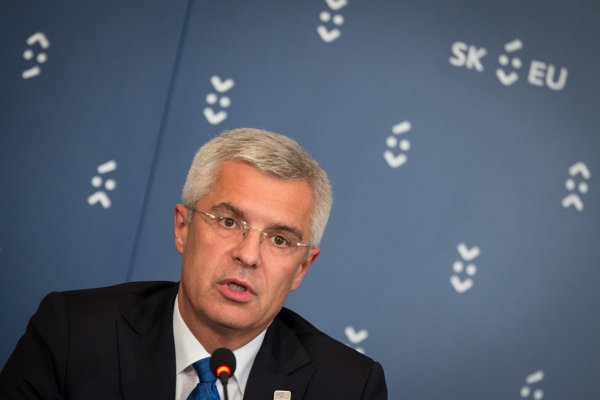 “We're creating an inter-ministerial coordination mechanism as of Wednesday that will feature representatives from all ministries and form a part of Slovakia's preparation for the Brexit negotiations,” Foreign Ministry State Secretary Ivan Korčok said on March 1. “The setting up of this framework is needed because of the complexity of negotiations that lies ahead of us. It should be noted that the UK at the time of its departure (from the EU) will have been a full-fledged member of the European Union for more than 45 years, and that will have really big consequences.”

Since the departure of the UK from the EU will be a complicated process, the Foreign Ministry decided to convene an inter-ministerial coordination group session of state secretaries regarding Brexit. The meeting, taking place on March 1, has mainly been aimed at coordinating Slovakia's position in the Brexit negotiations.

The state authorities do not underestimate the difficulties surrounding the negotiations: each ministry will take an overview of the valid legislation in its area, Korčok added, as cited by the TASR newswire, noting that such measures will prepare Slovakia for the Brexit negotiations to defend its interests as well the interests of the remaining 27 member states.

Korčok further stated that Wednesday's meeting shall determine what stage the Brexit process in the UK has reached at the moment, what it means now that the UK has opted for the so-called hard Brexit, and how to approach financial compensation between the UK and the EU. Before these negotiations, it must be clear who, and especially how they will pay the bill – just like in a divroce, Korčok pointed out. First, both sides will have to agree how they pay the bills from common households, and part of this is also the rights of citizens – or how we will visit one another in the future, he summed up.

The first output of the newly created inter-ministerial coordination mechanism will be the drawing up of government material to be submitted for the cabinet session some time between late March and early April.

The FAM state secretary also mentioned that following the official notification of the Brexit process by the UK, which is expected to take place in mid-March, an extraordinary EU summit concerning Brexit will be held, probably on April 6. “The fundamental principles that the EU will seek in the Brexit negotiations will be adopted at the summit,” he explained, stressing that neither Slovakia, nor the other EU-member states want to punish the UK for its departure from the Union.