The regulatory authority is setting new prices for utilities. 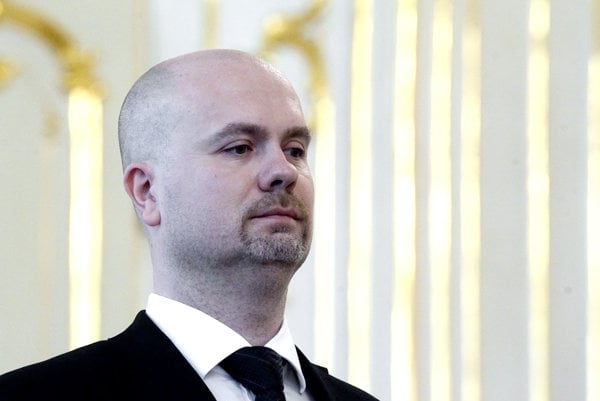 Ján Valko has been appointed to lead the ÚRSO (Source: Sme)
Font size:A-|A+

Ex-spy director Ján Valko is believed to be the favourite for the new head of the Regulatory Office for Network Industries (ÚRSO). The web portal vEnergetike.sk informed about his possible nomination on March 2 as cited by the SITA newswire.

Valko resigned from the post of director of the Slovak intelligence service SIS after four years in office, in July last year. Before he took up the SIS top post he was at the helm of the Nuclear and Decommissioning Company (JAVYS).

His candidacy, however, might be problematic, vEnergetike.sk wrote. Valko does not meet the statutory requirements for being appointed to the post. The law requires at least 10-years experience in network industries or pricing or in policy-making in the energy sector, including five years in a managerial post, which Valko does not meet. The website indicates that the ruling coalition is prepared to change the law to be able to nominate Valko.

If selected Valko, will be installed into a post left by Jozef Holjenčík who resigned after the scandal over the setting of utility prices for 2017. After several consumers complained about a steep increase in the prices for electricity and other utilities, the regulatory authority - at the impetus of Prime Minister Robert Fico - promised to return the prices to last year’s level.

In the meantime employers’ associations, business associations and chambers of commerce have called for a predictable and non-discriminatory regulatory environment in Slovakia's energy sector. They want an independent regulatory authority that would be able to ensure the protection of consumer rights and the interests of regulated entities, the TASR newswire reported.

“It is essential for the country’s energy security and an important tool supporting sustainable economic development, industrial competitiveness, high quality life for households and in the wider context, also the fulfilment of objectives in the field of climate change and environmental protection,” the organisations write in a press release.

Employers warn that regulatory policy in the energy sector, which has been recently abused by politicians, must respect the principle of equality of market participants and the principle of preventing unpredictable, excessive and frequent legal changes.

“These make the overall regulatory framework non-transparent and unstable,” they wrote. “We need standard rules, objective criteria and methodology and not a system often based and functioning on the basis of a non-transparent attitude to market participants.”

They expect the government to bolster the independence and transparency of the regulatory authority.