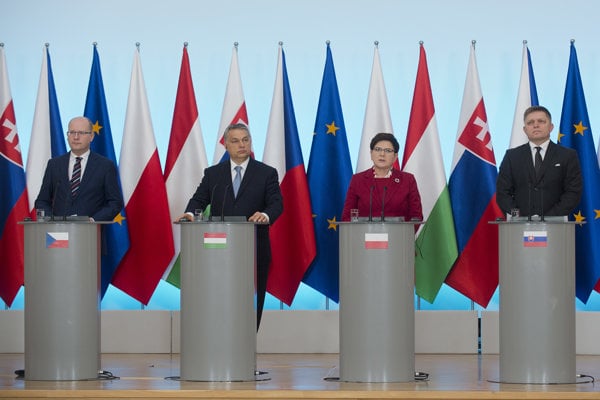 “I see this topic more seriously than just a problem of a different product composition,” said Slovak Prime Minister Robert Fico as cited by the SITA newswire. “This is a problem that is perceived in Slovakia incredibly negatively. We want to go for an in-depth analysis of the comparison.”

Slovak Minister of Agriculture and Rural Development Gabriela Matečná said that consumers expect the same quality of the same brand regardless of the country of production or purchase.

“We have the European single market, one consumer, as well as one health,” she said. “We should not create two classes of consumers, depending on which EU country they come from.”

The V4 will establish a joint working group to coordinate actions and improve the mutual exchange of information regarding the issue.

Fico is convinced that the EC will respond to the V4’s clear call. If Slovakia sees a lax attitude towards the issue on the part of the EC, PM Fico does not rule out a petition from the Slovak government. As many as one million signatures would be needed for such a petition to be valid.