The only upside to the sitting government is that Slovak-Hungarian relations have improved, analysts say. 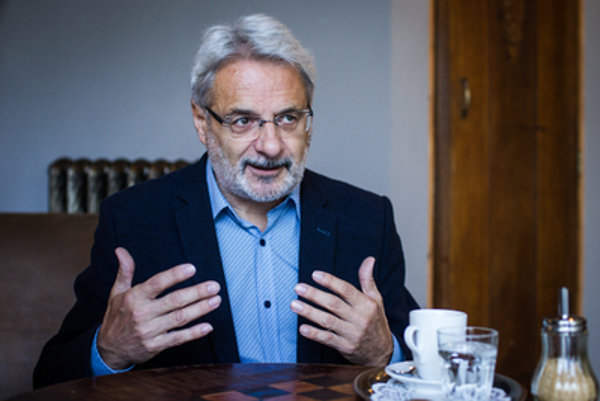 In the year since it assumed power, the government has failed to become a bulwark against extremism and to restore trust in democratic institutions and the functioning of the state, sociologist Michal Vašecka and Trend weekly commentator Marián Leško concurred on the latest edition of Tablet.tv’s discussion show.

The discussion revolved around an evaluation of the latest political developments in the run-up to the first anniversary of the formation of Prime Minister Robert Fico’s third government.

Opposition parties are failing to address the gist of the issues troubling society and to convince the electorate that they are a worthy alternative to the governing coalition, according to Leško and Vašecka. In addition to so-called standard parties, the media have also contributed to a rising tide of support for the far-right People's Party Our Slovakia (ĽSNS) by cementing the conviction that there is no remedy and that the only way out is to support a new force.

Vašecka said that the best answer to developments after the election in March 2016 would have been a caretaker government that would have worked to improve the atmosphere in the country and to eat into ĽSNS’s public support in the process.

He noted the importance of government representatives using language that damps down emotions, supports the fight against corruption and restores trust in parliamentary democracy.

The only upside to the sitting government is that Slovak-Hungarian relations have improved, which is in the interests of both Slovak and Hungarian prime ministers - Robert Fico and Viktor Orbán, according to Leško.

The good rapport between the chairman of the largely ethnic-Hungarian Most-Híd party Béla Bugár and the Slovak National Party (SNS) leader Andrej Danko has had a spillover effect on the parties’ voters, said Leško, calling for more such salutary effects from politicians.