Shared or gig economy - a new phenomenon of the information technology era.

A commercial system, based on the sharing of goods and services through online platforms and mobile applications, the shared economy promotes the usage of things and labour for short periods of time. Put differently, ownership is OUT and sharing is IN. The benefits of this new system, the sharing of resources and the flexibility in using providers, seem to outweigh the costs for suppliers and users. This is achieved, however, through trends that may run counter to established worker protections, and is causing global policymakers to take a closer look. 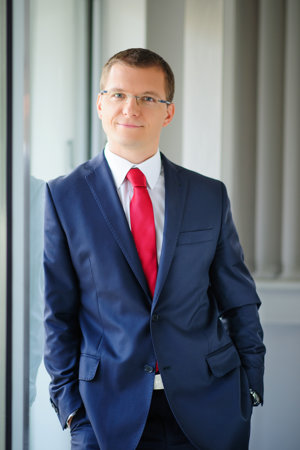 The shared economy brings a fresh take on the old-fashioned employment relationship. It proves that an economy can work, even without typical full-time employees. “Before the internet, it would have been very challenging to find someone willing to come and work for you for only 10 minutes.” (Lukas Biewald, CEO of CrowdFlower). The core of the new model is online platforms, which play the role of goods and services exchanges. They connect consumers and providers, in a manner similar to online job exchanges. As with job exchanges, these online platforms only facilitate, they do not act as employers for gig seekers. The actual service providers (“crowd workers”) are considered independent contractors, acting autonomously, at their own risk, without instructions, using their own means and on their own time. The efficiency of the system allows for a maximization of labour and resource usage. Currently, crowd working represents a small portion of the economically active population, but the number of people for whom it is the main source of earnings is growing.

As a new trend, global legislation is so far lacking, with consequences for crowd workers. As independent contractors, they are not entitled to minimum wage, vacation days, overtime, sick pay, unemployment pay, etc. As such, setting up a fair business framework giving crowd workers labour law protection and inclusion in social system has become the hot topic among lawmakers.

The European Commission (“EC”) generally considers the shared economy an opportunity for further economic growth. In June 2016, the EC introduced a “smart regulation" framework, which should be the basis for the shared economy. It appeals to Member States to modernize employment regulations to embrace more flexible short term work opportunities and set clear lines between occasional crowd workers and those who provide their services professionally, i.e. those that receive the bulk of their remuneration through gig work. This is especially important for those crowd workers who appear to act independently, but are financially reliant on online platform providers. 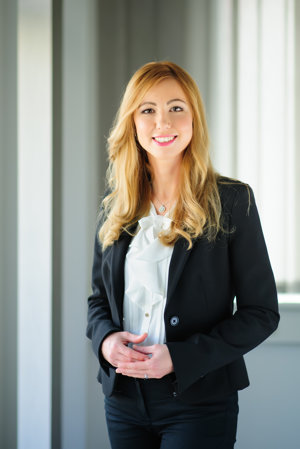 UBER, the ride sharing platform, nicely presents the positives and negatives of the new model. Starting in August 2015, UBER began, by use of its mobile application, offering cheaper and faster means of transportation in the Bratislava region. Crowd workers, in this case people with cars and drivers licences, could register with UBER and would have access, via an application with consumers looking for a ride. Drivers are not obliged to accept any rides. The customer, when ordering a ride, could designate a pick-up location and select a driver based upon, among other things, reviews from other passengers. Loading fees start at €1.20, every minute of driving or waiting costs €0.09 and the kilometre fee is €0.36. Upon completion, the total is charged to the credit card the customer has registered with UBER customer’s account. For channelling this service, UBER charges 20% commission on every deal. Customers need not carry cash, no tip is needed, and a driver evaluation can be submitted assisting other passengers, increasing service levels. Drivers can earn extra money for downtime or trips already planned. Truly this is a win-win situation.

Taxi providers would disagree. They consider UBER unfair competition. To them, its true nature is not sharing a ride, but rather only a different form of taxi service. Critics accuse UBER of intentional avoidance of legal regulations regarding taxi services, and facilitation of, and conspiracy with, unregistered taxi drivers. This allegedly leads to compromising regular taxi drivers by damaging their market position, opens the door to tax evasion and places passengers and the driving public at risk. The Lobby of Bratislava taxi drivers argues that drivers cooperating with UBER are acting as regular taxi providers, but are less qualified, lack proper licenses, proper state exams, psychological and health checks, and annual vehicle maintenance checks. Additionally, they do not pay increased car insurance fees related to the operation of a vehicle used for personal transportation. UBER drivers’ cars do not bear “taxi” signs or markings of the provider and do not have mandatory taxi equipment.

UBER claims not to be a taxi company, but rather a mobile platform provider, operating a mobile application for ride sharing between drivers cooperating with UBER and registered customers. This is less than clear, however, as UBER’s fees per ride are higher than other traditional ride sharing companies, where the remuneration only covers part of the expenses for the car and fuel (i.e. BlaBlaCar). For many UBER drivers, it is the pay which lures them to the site.

To compound the uncertainty, Slovak law does not recognize drive sharing based on mobile app. Any transportation, for remuneration, of persons by vehicles with a maximum capacity of 9 persons, including the driver, is considered a taxi service, even when not conducted on a regular basis. Taxi services require a service license and are limited to those who own this license.

Under Slovak law, taxi drivers must either have an employment contract with a taxi provider (with all the associated rights and obligations set by the Labour Code) or may, subject to the abovementioned requirements, operate a taxi service by themselves (§ 28 provision 1 Road Traffic Act).

UBER, as with other mobile platform providers, denies any employment relationship with its drivers, but instead claims it only facilitates the connection of driver and customer, supply and demand. What customers and drivers then agree to is outside UBER’s control. There is no supervision and order commitment, no standard working time and no salary. Drivers themselves decide when they want to work and which passenger order to take. They drive their own cars at their own risk. As far as UBER is concerned, all Slovak legal requirements, including tax payment, are exclusively the drivers’ responsibility.

It seems that not everyone sees it as UBER does. A British labour court in October 2016 specifically rejected UBER’s position: “…it is absurd to pretend that there is no employment relationship, but only a mobile app for 30,000 self-employed people in London, whose salary is below the minimum wage.” The court forbid UBER from treating drivers as self-employed, and ordered them to accept drivers as employees with all rights and benefits.

While drivers cooperating with UBER in Slovakia face increasing pressure from authorities, no legal action has yet been taken. This may be due to the minimum wage in Slovakia being only €2.50 per hour (€435 per month). Nevertheless, the Slovak Ministry of Labour, Social Affairs and Family acknowledged the problem. “Social protection of employees cannot be suffered in the name of flexibility.” (Ján Richter Slovak Minister for Labour, Social Affairs and Family). Stay tuned.