Dreams come alive as with Hotel Sunrise Slovak cinematography takes a stride toward the sublime. 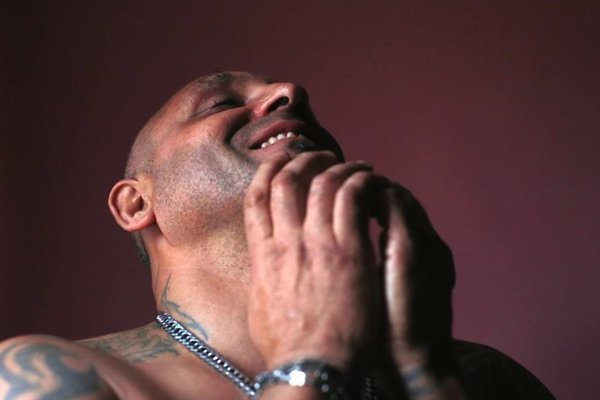 No cows in a field

Somewhere in the remote parts of the Peruvian Amazon, a man steps into the camera frame. He appears unusually poised and self-possessed, as though he were somehow unaffected by the all-embracing severity of his surroundings. In the near background, stranded in a sea of churned-up soil, sits an imposing wooden steamboat, its solemn features protruding into the pristine sky. Bruised and battered and removed from its element, it conveys a quiet deference to the man, who, we soon find, has just hauled it across a steep, barely surmountable isthmus – a feat so dramatic, so conspicuously dreamlike, as to inspire at once awe and suspicion.

‘My belief is that these dreams are yours as well,’ says the man in a characteristically measured voice, which as if punctuated his composure. ‘The only distinction between you and me is that I can articulate them.’ He makes a deliberate pause. ‘This might be the inner chronicle of what we are. We have to articulate ourselves, otherwise we’d be cows in a field. And that is what poetry or literature or filmmaking is all about. It’s as simple as that.’

The man in question was none other than legendary German director Werner Herzog. The year was 1981 and Herzog had just completed shooting Fitzcarraldo, a film many still consider his masterpiece. He had also, though perhaps unwittingly, indicated a radical new rubric for making and interpreting art in general and film in particular. ‘Film,’ after all, ‘can express our collective dreams better than any other medium.’

In Herzog’s own work, dreams come in many shapes and forms. In some titles, such as in Fitzcarraldo, they are the ambitions of eccentric knights-errant, whimsical and wholly unconcerned about the impracticality (and impracticability) of their deeds. In others, they are the manifestations of the subconscious. Absurdly elusive projections which seem at once surreal and natural, strange and somehow familiar. In most titles, though, they are both. And it is when they are both that they shine through as being singularly stirring and relatable. As if to suggest that the most sincere and universally human ambitions can only be born from poetic imagination.

Thinking of film in these terms, I wonder if we might ask: Could the cinematographic productions of respective countries possibly provide any insights into their collective dreamscapes? And if so, what dreams would we find coursing through the steel and concrete of Slovak cities and towns?

A dream in Slovak cinematography

Slovak cinematography is largely defined by a genre we might call the social drama. Films of this genre are typical for their uncompromising aesthetic realism. The stories they tell are also decidedly raw and unembellished, and they often expose some moral fault lines we normally prefer to ignore. The finest exemplars of such films include House (Dom), Goat (Koza), and Children (Deti), all of which came out in the past few years to great critical acclaim, and all of which deal in realities that are conspicuously inimical to dreams.

The protagonists of said films dream nevertheless, only their dreams do not possess the outright fantasticality of Herzog’s Fitzcarraldo. They are more prosaic and subtle, but even so, they appear distant and hardly feasible. And to be sure, in some films—as in Goat, which follows an ageing Olympic boxer on the road toward his final bout—that is just what they end up being. But all throughout, they exist and linger, if only as a much-needed affirmation of the characters’ dignity and humanity. For dreams may well be our humanity’s last resort in the face of grotesque hardship.

But what if they were more than that? Enter Hotel Sunrise (Hotel Úsvit), a feature-length documentary debut by director Mária Rumanová, which screened late last year at the International Documentary Film Festival in Amsterdam (IDFA) and premiered this week as part of the Febiofest film festival. Set in Čierna nad Tisou, a declining industrial outpost in the eastern extremities of the country, Hotel Sunrise tells the stories of a few people who, by all reasonable standards, were born with their backs firmly against the wall. Aesthetically, a sense of overwhelming despair pervades the film, as the camera never shies away from the bleak reality of its settings. Dilapidated housing estates, desolate parks, a rundown Socialist-era hotel (for which the film is named), and unfinished roads, which perhaps best symbolise the predicament the town and its residents have found themselves in. This is where dreams come to die. This could be a most jarring indictment of our humanity. 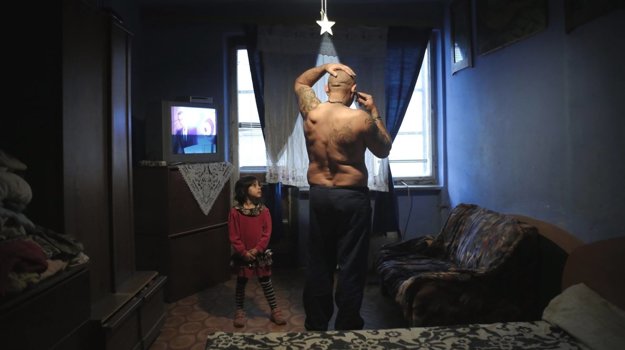 Except that somehow, it isn’t. For unlike many films of a similar thematic vein, Hotel Sunrise supersedes the apparent hopelessness of its settings. It treats its subjects with unfeigned respect and allows them to articulate their dreams forcefully and sincerely, however out-of-touch they might at first seem (mostly, they pertain to a better life). In so doing, the film denies the viewer the satisfaction of superficial pity and brings him or her closer to the characters on screen. And so, slowly but surely, our collective dreams—the characters’, the viewers’, yours and mine—come to the surface.

Make no mistake, Hotel Sunrise is no uplifting bouffe. It is emphatically harsh and unsparing, but that is not the crux of its merits. Rather, its appeal rests in the fact that it does not treat its subjects as mere ‘cows in a field’. It does not dramatise their authenticity or romanticise the artlessness of their ambitions. It only acknowledges that there is a wooden steamboat stashed away in the back of everyone’s mind.