Ján Volko is the first Slovak athlete to compete in the 60m sprint. 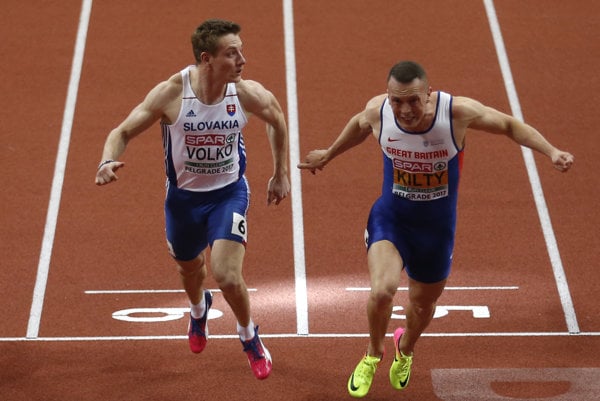 Slovak sprinter Ján Volko won a silver medal at the men’s 60m finals of the European Athletics Indoor Championship in Belgrade on March 4. With his result of 6.58 seconds he broke the national record as well, the Sme daily reported.

Volko was defeated by Briton Richard Kilty who set the new European record at 6.54 seconds, while Sweden’s Sulayman Hamilton placed third with 6.63 seconds.

He is also the very first Slovak sprinter to compete in the 60m sprint race. This is only the second European athletics championship for the 20-year-old member of the BK HNTN Bratislava club. Two years ago in Prague he placed 30th.

“I’m speechless, I didn't even hope for this,” Volko said, as quoted by Sme.

His main objective in Belgrade was to make it to the semi-finals, he admitted.

“Maybe it happened because I had such modest expectations,” Volko said, as quoted by Sme. “I have a silver medal and I have broken the national record twice. God must have blessed me and given me talent.”