Žiga: We can cooperate with Iran in peaceful use of nuclear energy

Slovakia and Iran could cooperate in the peaceful use of nuclear energy, Slovak's visit to the latter country shows. 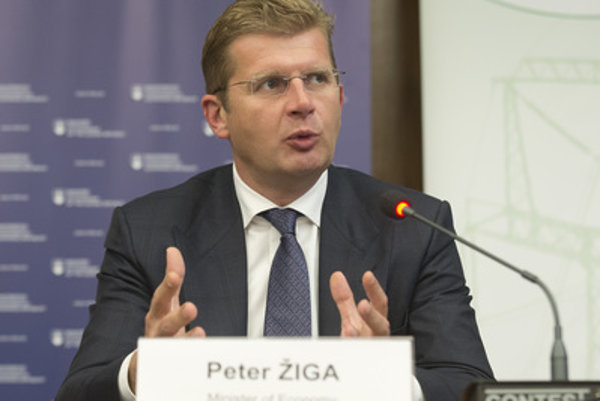 There is scope for cooperation between the Slovakia and Iran, Economy Minister Peter Žiga said on March 6 after meeting Iranian vice-president and head of Iranian Atomic Energy Organisation Ali Akbar Salehi in Tehran, the TASR newswire wrote.

Žiga is on an official working visit to Iran along with a Slovak delegation headed by Deputy Prime Minister for Investments and Information Peter Pellegrini.

This was not their first meeting, Žiga noted, adding that Salehi came to Slovakia last year in order to start talks on how the two countries could cooperate in nuclear power.

“The Iranian side knows very well that Slovakia has more than 50 years of experience with nuclear power,” the economy minister said. “Maybe we are one of the few countries that has experienced every phase of the nuclear circuit – planning, construction, operation and even decommission of a nuclear power plant.”

Iran is interested in specific projects in this area and the first contacts have already been made, the Slovak minister said. To develop such relations, more time is needed, he added, noting that Iran still has some problems due to the long lasting international sanctions that were in force until 2016.

“Their banking system is still not functioning properly, and there is no connection to international structures,” Žiga pointed out. “But I think that in the course of time, these things will be unblocked and we’ll be able to do business in a traditional way as we do with other countries in the Middle East.” Iran has the potential for cooperation, he summed up.