Charges are to be filed against the Slovak national football team player Vladimír Weiss Jr. for drunk driving. 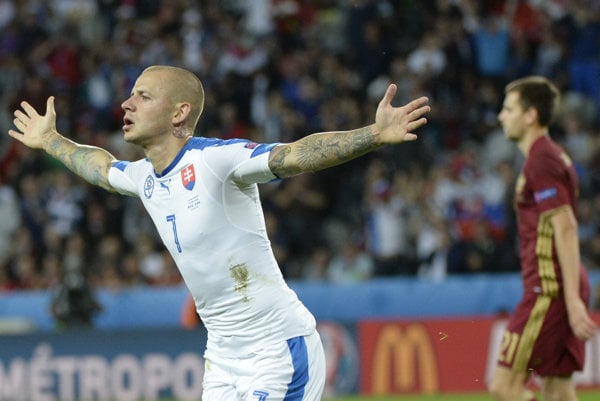 The police have concluded the investigation into his alleged drunk driving incident from last October and recommended that the Bratislava I District Prosecutor’s Office press charges, Bratislava Regional Police Directorate spokesperson, Lucia Miháliková, told the TASR newswire on March 6.

A luxury car with Vladimír Weiss Jr. allegedly at the wheel and as many as nine other people inside was stopped by a police patrol in the centre of Bratislava in the small hours of October 2, 2016. The footballer refused to take a breath test, whereby he was considered by the law to be driving with 1 part per thousand of alcohol in his blood. He was taken to a police cell, eventually spending more than 30 hours there.

His lawyer Juraj Kuran complained at that time that the police accusation was based on the testimony of merely one witness – a police officer, while three passengers from the car testified that the midfielder attacker, who plays for Al-Gharafa (Qatar) was not actually at the wheel.

Kurán is now saying that the activity of investigators is inadequate in terms of contents for the file and lacking in evidence.

V. Weiss Jr. was supposed to play with the national team against Slovenia and Scotland but coach Ján Kozák withdrew him from the list in order to keep emotions down, the Nový čas daily wrote.