Bratislava city transport company is upgrading its ticket machines at the most frequented places in the capital. 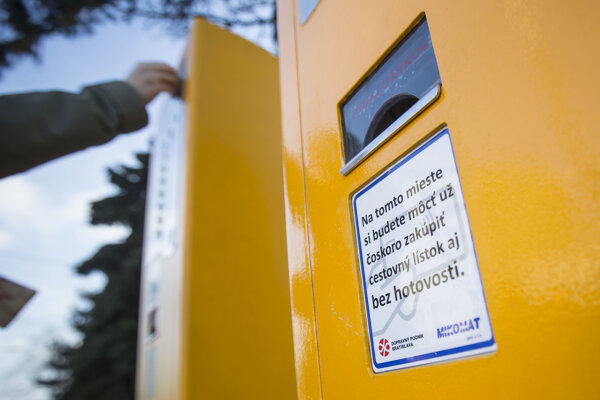 Citizens and visitors of Bratislava will now be able to buy tickets for public transport from ticket machines by using contactless bank cards. Firstly the Bratislava Transport Company (DPB) will update 15 of its machines and later this year an additional 35, the company informed on its website.

“We want passengers to have as much comfort as possible,” said Milan Urban, CEO of DPB. “We believe that this service of purchasing single tickets via contactless payment card will contribute to this.”

DPB is already testing such a machine at the Slávičie Údolie stop. Machines at the Botanická Záhrada and the Main Station will follow. In total there will be four such machines at the Main Railway station.

The city transport company promises to upgrade the first 15 machines enabling contactless payment for tickets by the end of March. The remaining nine will be located at the stops: Patrónka (going to the centre), Panónska (Petržalka railway station), Cintorínska, Betliarska-Ľubovnianska, Pekná Cesta, Vajnorská – Česká, Danube, Nový Most, Predstaničné Námestie Square, and Aupark (going to the centre).

Already these machines are marked with a label saying that at these places people will be able to buy tickets without cash.

The upgrade of the remaining ticket machines will follow during the next few years, depending on availability of funds.