One year on: government rather inactive, more radicalism in politics and beyond

It has been a year since the elections that brought many new elements into Slovak politics: extremists in parliament, a centre-right party ruling the country with Smer. 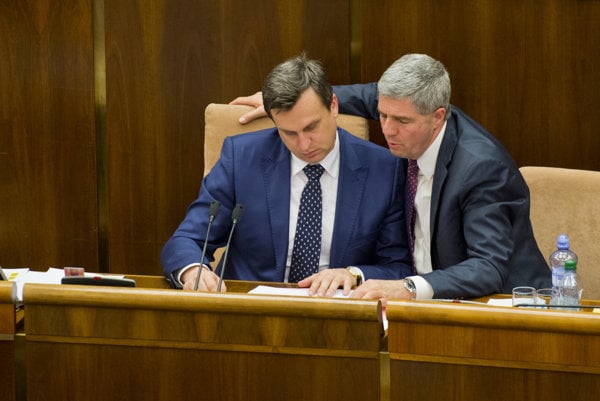 Andrej Danko (left) and Béla Bugár are on friendly terms. One year ago, SNS and Most-Híd were unlikely partners. (Source: TASR)
Font size:A-|A+2

March 5 marked one year since the 2016 parliamentary elections that dramatically changed the Slovak political landscape.

The parliament’s door opened to far right People’s Party - Our Slovakia (ĽSNS) and anti-system and anti-migrant Sme Rodina party, while the Christian Democrats (KDH), one of the major mainstream parties in Slovakia since the very emergence of the state, was left out in the cold. Smer scored much lower than it was expected to, as did the now extinct Sieť that in the scope of perhaps six months went from the most hopeful newcomer to the smallest coalition party and then to naught. 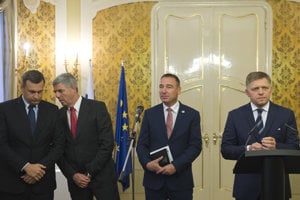 The ruling coalition itself came as a surprise to many. Smer, Slovak National Party (SNS), Most-Híd, and Sieť made up an improbable union, which remains a source of disappointment mostly for the voters of the latter two. When Sieť fell apart, the coalition agreement was rewritten in August. Since then, Slovakia has a coalition of three parties which, with some minor quakes, seems to be a relatively stable element.

Most-Híd (and Sieť) explained their decision to join the government with Smer to “build a dam against extremism”. Observers, label this the raison d’etre of the current government. And while the sole fact that the government emerged and still holds together is a dam to some extent, because early elections would definitely play into the hands of extremists, analysts are very sceptical when it comes to actual measures or steps taken to prevent extremism from spreading further.

As of 2017, Slovakia has stricter legislation against hate and extremism-motivated crimes. But the fact is that one year after the elections, the far right ĽSNS, which entered the parliament with 8 percent of the vote, now polls around 10 percent (the February poll of the Focus polling agency).

“The success of ĽSNS is mainly due to its ability to attract protest voters who, however, might not share many of its far right attitudes at all,” political analyst Peter Spáč from the Masaryk University in Brno told The Slovak Spectator. The reason why the party increased its support among voters can be traced to the factors that led to its success one year ago: the poor quality of public service, corruption, the economic situation in some regions, and also the perceived arrogance of power. 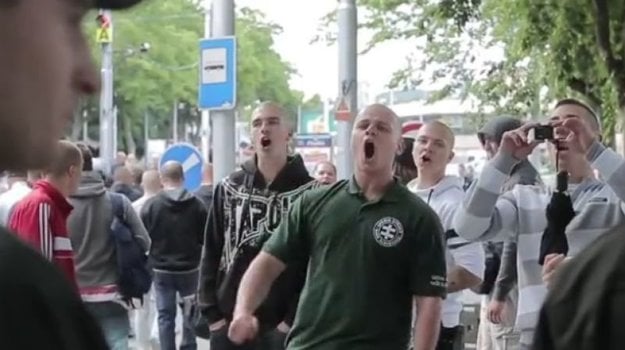 Milan Mazurek, now an MP, at a protest against Islamisation. (Source: YouTube)

Political analyst Grigorij Mesežnikov of the Institute for Public Affairs (IVO) however notes that ĽSNS was never an “instant use” party and it was going to take some time for its support to drop.

“There are factors that nourish the support of these parties not only in Slovakia but also elsewhere in Europe,” Mesežnikov told The Slovak Spectator and added that it is now part of the agenda of every mainstream party to distance themselves from extremism.

Anita Világi from Comenius University’s school of political science sees that ĽSNS in the parliament has influenced not only the work of the parliament, but also the general discourse in the country towards the radical.

“Many statements that would previously have been considered unacceptable because they are offensive to some groups or individuals living in this society, are today part of the political debate also among politicians who are not from ĽSNS,” Világi observed.

The dam against extremism is a “very nice and presentable metaphor”, according to Marek Rybář from the Masaryk University in Brno.

“But I do not see any measures directed at the prevention of a further rise of extremists,” Rybář told The Slovak Spectator.

Read also:Analyst: Society has the tools to prevent the worst from happening Read more

On the contrary, Spáč gives the example of the amended rules for regional elections, where the government changed the two-round voting system for regional governors into one round only, disregarding experts' recommendations that a two-round election weakens the chances of marginal parties for success.

Now the coalition parties say they want to join forces in some regions with the opposition to lower the chances of ĽSNS candidates, which Spáč considers a paradox.

“If the government wanted to keep its official creed about the “dam” it would never have changed the election system,” Spáč said.

The first year of the third government of Robert Fico was marked in particular by the so-called Bašternák scandal, pertaining to the excessive VAT refunds granted to businessman Ladislav Bašternák who bought and sold seven apartments in the Five Star Residence complex built by tycoon Marián Kočner. Interior Minister Robert Kaliňák has been linked with the case.

Rybář believes the scandal to be the key event of the government’s first year. 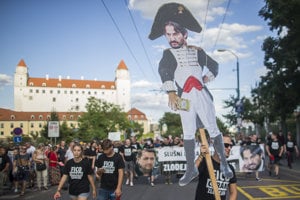 “The scandal seems to have eliminated the influence of Interior Minister Robert Kaliňák,” Rybář said and added that it also gave grounds for criticism to the opposition and shed some light on the coalition partners of Smer “who have to cope with the fact that such an important thing has not been concluded or solved”. 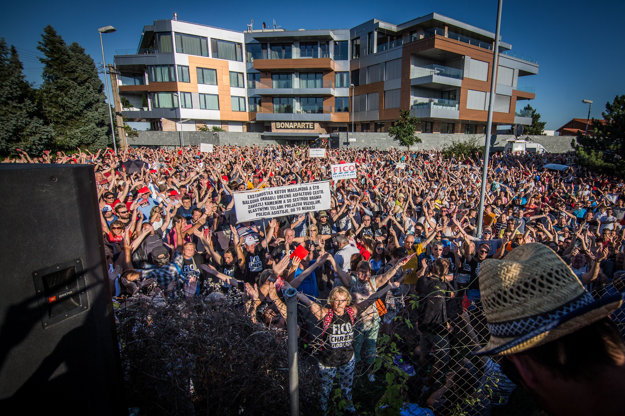 The Bašternák case and the non-reaction of the ruling politicians are also behind the previously mentioned radicalisation of the people in Slovakia and their tendency to vote for ĽSNS, Világi noted.

While the government has been slow to make changes or take action, which observers admit was due to Slovakia’s presidency over the EU Council in the second half of 2016, analysts point to the Justice Ministry as the place where key laws have originated. They particularly single out the so-called anti-shell law.

“It is one of the few concrete steps that could help in the fight against corruption,” Világi said.

Slovakia’s EU presidency was absolutely key in the first year after the elections and influenced politics and government. Rybář calls it a “socialisation experience”.

“It was the first time the Slovak ruling politicians and the whole administration fully felt the burden that the work of the EU entails,” Rybář said.

Political landscape one year on

The results of the elections and particularly the formation of the current government dramatically changed Slovak politics. When Most-Híd and Sieť agreed to join the coalition, they broke the barrier that existed up until then concerning the non-cooperation between Smer and the centre right.

“This means that in the future we should also count on having a greater number of patterns of possible ruling formations,” Spáč said. 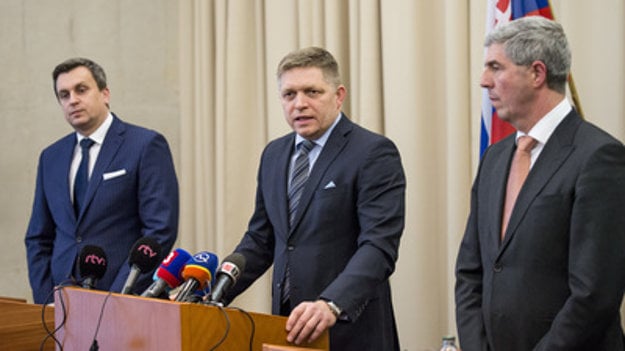 Yet changes have also occurred within the coalition and even within the parties: the Bašternák case led to the end of Kaliňák as the possible replacement for Fico; and the more recent case when it transpired that SNS leader Andrej Danko was made captain of the Slovak army in reserve seems to have halted the prime-ministerial ambitions of Danko and the rise of SNS at the expense of Smer, Spáč noted.

The opposition has had a turbulent time in the first year. Richard Sulik, the leader of the strongest opposition party SaS, is in the European Parliament for the most part. Daniel Lipšic, one of the key figures of the OĽaNO-NOVA caucus, left politics altogether after a tragic car accident. More recently, both SaS and OĽaNO saw departures from their caucuses, and currently they have 37 MPs altogether. The rest of the parliament are anti-system Sme Rodina, extremists from ĽSNS, and a few independent MPs.

“There is no relevant alternative among the opposition, if viewed through the parliamentary arithmetics,” Világi said.

Besides, the opposition too needs to cope with the fact that one of “their own” is now part of the coalition with Smer.

“It’s a completely new situation for the parties in the opposition, but also for the whole political scene,” Rybář noted.