After skirmishes and negotiations, opposition parties signed an agreement on cooperation in the regional elections. 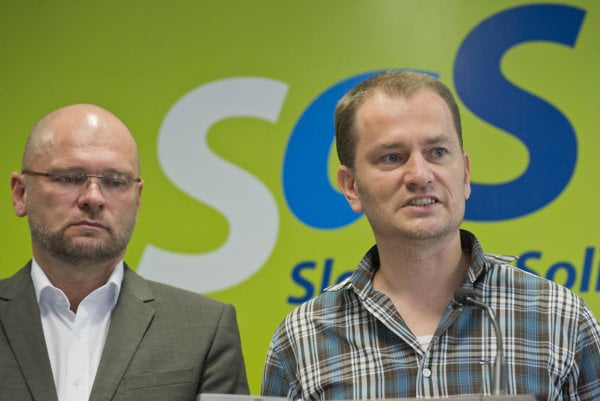 The Freedom and Solidarity (SaS) and Ordinary People and Independent Personalities (OĽaNO-NOVA) on March 7th, signed an agreement to join forces in all eight regions of Slovakia for the regional elections due to take place in the autumn.

Party chairmen Richard Sulík (SaS) and Igor Matovič (OLaNO-NOVA) announced that they have agreed to back SaS candidates for governors in the Bratislava Region (Juraj Droba), the Trenčín Region (Renáta Kaščáková) and the Banská Bystrica Region (Martin Klus).

Meanwhile, the parties will evenly divide the number of candidates for the regional parliaments of each region.

“Our parties received almost one quarter of all the valid votes in [last year’s general] election, so it’s only responsible to become the core of an alternative to irresponsibility, represented in the regions mainly by Smer,” said Sulík, as quoted by the SITA newswire.

Matovič, for his part, called on the ethnic-Hungarian SMK and the Christian Democrats (KDH) to join the bloc, as a move aimed at “uniting the democratic opposition”.

“We only rule out cooperation with Smer and People’s Party Our Slovakia (Kotleba-ĽSNS),” said Matovič, adding that OĽaNO MPs Jozef Viskupič and Erika Jurinová are considering running for the posts of governor of the Trnava and Žilina regions, respectively.

Even if more partiees joined an election coalition, SaS and OĽaNO would stay united and proceed in a coordinated fashion, the Sme daily wrote.